The Hollywood Foreign Press Association has elected its new president in German journalist Helen Hoehne, who has served as vice president since 2020.

Hoehne has been an HFPA member since 2004 and has served on the Board of Directors for eight years.

“It’s a privilege to lead this organization as we continue on the path of fundamental change and reform,” Hoehne said. “Since May, members have shown their commitment to creating a reimagined HFPA. We are excited for the future of our association and look forward to connecting with our colleagues in the industry – both old and new – over these next few months.”

A spokesperson for the HFPA said Hoehne’s first order of business is to have conversations with partners in the industry around how the new HFPA can work together with them. The organization has been under fire in recent months due to its lack of Black members and corruption.

Hoehne will also ensure transparency from the board, establish leadership training for board members and create opportunities for HFPA members to hold board positions, and hold yearly membership summits to discuss new ideas for the organization.

Hoehne’s appointment comes a week after the HFPA elected its new Board of Directors, which will include 15 total directors, with 12 active members and three non-members. 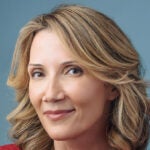 The results come less than three weeks after the HFPA membership approved its new set of bylaws, which required the Board of Directors to include three outside non-members. All of the new board and committee members will undergo Diversity, Equity and Inclusion and leadership training.

Hoehne was born in Hamburg, Germany and relocated to the United States in 1994 where she earned her master’s in psychology from Pepperdine. She has written for various publications in Germany — her current position is U.S. correspondent for TV Movie magazine, Germany’s largest biweekly TV and movie magazine. She also serves as a regular contributor for German television channels RTL and ProSieben.