This review for “Hello, Bookstore” was first published April 28 after its NYC opening.

In an era when someone can impulsively decide to buy Twitter for billions — and millions more will follow every moment of the timeline — A.B. Zax’s “Hello, Bookstore” feels like the panacea many people may not have realized they’ve been missing.

Zax is clearly among those who believe there is no better way to spend some time than to wander into a cozy, tattered, overstuffed hideaway like the titular shop, while chatting with its obsessive and garrulous owner-curator. And so that’s just what he does, while inviting us to put down our phones, and share the experience.

Matt Tannenbaum has reigned over The Bookstore since 1976, regaling every customer with stories about the time Tom Stoppard came in, or reading them a bit of poetry he thinks might fit their mood. His neighbors in Lenox, Massachusetts, know just how fortunate they are, and they are as dedicated to Tannenbaum as he is to them. They bring him food and news and requests, and he refuses to hand over their purchases until they take care of an untied shoelace or hear some Edna St. Vincent Millay. 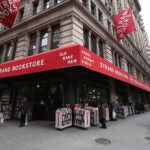 Zax began shooting his first feature in 2019, with the vague intention of paying tribute to a place he himself loves. But in March of 2020, he found himself with a new story to tell: Tannenbaum, who is 75, couldn’t keep his store open during the first COVID wave. But he couldn’t afford to close it down, either. So we stand inside the shop alongside him, as his loyal customers shout their orders and credit card numbers through the glass door before stepping aside while he opens it to place their books on the curb.

His resolutely Luddite approach isn’t just charming; it’s so sincere and open-hearted it might half-break your heart. Especially because, even as he works all day — fussing over displays of new and used titles, ringing up merchandise at his Victorian cash register, carefully wrapping gifts in kraft paper — he knows this method is no longer sustainable. 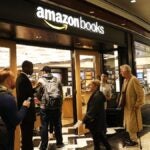 “I’m not a businessman,” he admits, “I’ve just been doing it by the seat of my pants. I’m like the old guy shuffling along saying, ‘Oh, I have that Schopenhauer. I’ve been waiting 12 years for you to walk in!'” He’s living the fantasy so many have had: a life surrounded and defined by books and the people who love them.

But this fantasy is also his reality, and one that’s only grown more challenging. “If I stop to think about the finances or the future,” Tannenbaum sighs, “my mind stops. I can’t imagine.” Eventually, though, the pile of debts comes due. And while it wouldn’t do to give away the ending, it’s safe to assume that there are plenty of people who’d buy a novel based on Tannenbaum’s life.

It would have been nice, in fact, to learn a little more about that life. But Zax’s gentle, fly-on-the-wall perspective keeps us primarily in the present, reminding us that all we need is right there inside the shop. (And its equally endearing wine bar, called — what else? — Get Lit.) 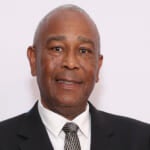 As a result, anything we learn comes directly from Tannenbaum’s daughter, his customers, and his own, ever-ready stash of stories. And that’s OK; it’s soul-affirming enough just to spend time with this tight-knit community and its beloved literary refuge. As Tannenbaum insists, “There’s a book for everyone.” “Hello, Bookstore” is the movie for all those who believe him.