A version of this story about Emmy-nominated documentaries will appear in the Down to the Wire issue of TheWrap’s awards magazine.

It doesn’t seem fair to say that there’s one Emmy category that consists entirely of Oscar leftovers, but in a way it’s true.

The category is Exceptional Merit in Documentary Programming, a juried award that the Emmy rules say is designed to recognize “profound social impact,” “significant innovation of form” and “remarkable mastery of filmmaking technique.” In recent years, the category has had anywhere from three to six nominees – and this year, it has only three: “Dick Johnson Is Dead,” “76 Days” and “Welcome to Chechnya.”

All three were submitted to the Oscars in the Best Documentary Feature category, all three made the 15-film shortlist in the category, and all three didn’t make the cut when those 15 films were narrowed down to the five Oscar nominees. 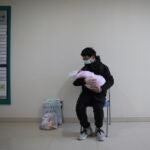 Also Read:
Director of COVID Documentary ’76 Days': ‘It’s Bizarre to Me’ That the Pandemic Still Rages in US

If they had been nominated by the Motion Picture Academy, they would have been disqualified under a new Emmy rule that states, “Oscar-nominated films are not eligible to submit.” The rule didn’t exist in previous years, when the Oscar nominees “The Cave,” “RBG,” “Hale County This Morning, This Evening,” “RBG,” “Strong Island” and “O.J.: Made in America” were all nominated in the category.

But that kind of double-dipping clearly made the Television Academy uncomfortable, and some nonfiction filmmakers agrees: In recent years, the documentary directors Michael Moore and Brett Morgen have told TheWrap that they would support rules that would force filmmakers to choose between the Oscars and Emmys when submitting their films for awards consideration. In fact, the Emmy rules will be tightened beginning next year, so that any film that is placed in the voters-only Academy Screening Room (a move that costs money and makes a film Oscar-eligible) will lose its Emmys eligibility.

That means that a number of this year’s Emmy documentary nominees are doing something that won’t be possible in future years. Along with “Dick Johnson,” “76 Days” and “Chechnya,” the nonfiction films “All In: The Fight for Democracy,” “Boys State,” “Rebuilding Paradise” and “The Social Dilemma” all competed for Oscars before being nominated for Emmys, and all except “Rebuilding Paradise” and “The Social Dilemma” made the 15-film shortlist but weren’t nominated. 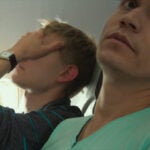 If you ask me, I’d say that at least four of those films deserved to be nominated. (And if I’m being honest, I’d add that most of them are better than the documentary that won the Oscar, “My Octopus Teacher.”) The Exceptional Merit category is particularly strong and varied, with “Dick Johnson,” one of the year’s most provocative and playful films; “76 Days,” the most moving look at the origins of the COVID-19 pandemic; and “Welcome to Chechnya,” a profoundly disturbing look at the anti-gay repression in a former Soviet republic.

TheWrap spoke to all three of the directors when their films came out. “Dick Johnson Is Dead” director Kirsten Johnson, a celebrated nonfiction cinematographer who made the move to directing with 2016’s “Cameraperson,” used her film to stage death scenes of her father, who was beginning to show signs of dementia.

“I accept that this whole project is really absurdist, ungainly, deeply contradictory,” Johnson told TheWrap’s Joe McGovern. “It’s me saying, ‘So I’m going to kill my father and laugh about it, because I desperately don’t want him to die.’ The extremity of that juxtaposition is what informed me.”

One of her most provocative scenes was a funeral staged with her father alive and listening—a ritual, she said, that she’d love to see adopted by others. “I had this secret hope that this is going to take off,” she said. “But … it’s hardcore. I don’t think every human being is capable of it. Would I be capable of it? Probably, now that I’ve been through this. But it’s really scary territory.” 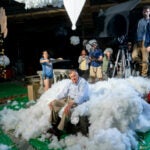 “76 Days” takes place in literally scary territory: the Chinese city of Wuhan in the two-and-a-half months after the COVID-19 virus was discovered there. Chinese-born, New York-based director Hao Wu traveled to Shanghai to visit his parents in late January, 2020, arriving the day after the lockdown – and when he got back to the U.S., he reached out to a pair of filmmakers who were on the ground in Wuhan documenting what was going on, Weixi Chen and one who wishes to remain anonymous.

As he looked at and edited the footage coming in from China, Hao Wu changed his idea of what kind of film he wanted to make. “My grandpa (in China) passed away when I was editing the film,” he said. “I thought about making the story more political and more investigative, using archival clips and social media footage, to make it more like a comprehensive retelling of what happened.

“But in the end, because of what I was going through personally, and also because the observational aspect of the footage that was being shot in Wuhan by my co-directors was so strong, I decided to take away anything extraneous rather than trying to show the background. I just wanted to focus on the human moments.”

“Welcome to Chechnya” director David France focuses on the human faces in his documentary, too – but in a startling display of visual effects, he used “digital disguises” to change the faces of subjects who would be subject to arrest and death if the Chechnyan government located them. The VFX was used to place the faces of volunteers on its subjects, while also adding a slight blur to be upfront about the technology. “We wanted the audience to know what we’d done and we wanted everyone to be engaged in the protection of these individuals,” France told McGovern. “That’s why we cranked up the effects. We’re not at all inviting further danger to these individuals, and we’re not tricking anyone.”