Husam “Sam” Asi, a Golden Globes voter and member of the Hollywood Foreign Press Association since 2010, was placed on probation by the group on Monday following TheWrap’s reporting in which three women accused Asi of sexual misconduct, including kissing an assistant without consent.

An HFPA spokesperson told TheWrap that Asi was informed of the decision on Monday. The spokesperson added that under the group’s new code of conduct — which was established in the wake of accusations of corruption, racism and self-dealing — Asi will be unable to partake in any HFPA-related activities until an investigation by an outside law firm has been completed.

At that point, the group’s board will decide whether to reinstate or discipline Asi, which could include suspension or expulsion from the HFPA. That investigation is in its beginning stages.

“Grievance procedures were designed to govern the investigation of any alleged violations of this Code,” an HFPA spokesperson said in a statement provided to TheWrap. “We take these conduct rules very seriously. As such, any member accused of alleged sexual assault is put on probation pending the completion of an investigation by an outside law firm into the allegations.”

Asi responded to the decision Tuesday by saying that one of his accusers hopes to “punish” him for sponsoring other Chinese journalists for membership into the HFPA and said that TheWrap should “tell the truth about the woman who fooled you, me and the rest of the world media.” Last week he denied all the accusations as “baseless.”

Nonetheless, three women accused Asi of turning professional situations into sexualized encounters, including a former assistant who said that Asi showed her pornography at work and kissed her on the lips without her consent, revealed in an investigation by TheWrap last week. 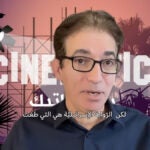 Asi has continued to deflect the accusations. On Monday TheWrap obtained an email he sent to the full HFPA membership noting that the article had not impacted him, but warned other members that “none of you is safe if you don’t shut these people up.”

He wrote he was being “attacked” and had been reported to the HFPA hotline for a separate claim but was seeking his own investigation, saying that all the claims made in TheWrap were false. He added in the internal note that he has evidence to disprove the claims, but he provided no evidence to TheWrap,

The HFPA did not comment on Asi’s email to membership.

One of the women who accused Asi, Ting Ting Xu, commented:

“It is never easy for women to publicly talk about sexual harrassment. Hopefully us coming forward with our experiences will encourage others to tell their story because they deserve to be heard.”

In interviews with TheWrap, three women went on record to detail accusations against Asi. The first, Tinayue Li, a former unpaid intern of Asi’s from 2017, said that Asi played pornography in front of her while she was working at his apartment and on a separate occasion kissed her.

“I hope the HFPA will conduct a fair investigation and deliver a justified decision,” Li added in response to the decision Monday.

Wenting “Ting Ting” Xu, a former member of the HFPA who resigned from the group in protest in 2021, said that Asi shared with her a rumor that she had performed oral sex on him to gain admission into the HFPA. A third woman, former Russian journalist Hanna Greentree, said that though she was not openly propositioned by Asi, she felt uncomfortable after a meeting with him to ask for his sponsorship of her application to join the HFPA. She said she came away with the impression that he would only sponsor her if she had sex with him, and subsequently quit journalism altogether.

Asi has been a member of the HFPA since 2010 and also serves as a journalist for the BBC Arabic service. In the past he’s been responsible for operating the Golden Globes website.