Hillary Clinton said she is not surprised by the Supreme Court’s recent decision that overturned Roe v. Wade and removed federal protections for abortion, and she warned there is likely even more fallout to come.

“I was not surprised, because I think that was the goal of packing the Court with justices who were on the record for many years of being against women’s Constitutional rights to make decisions about our own bodies,” Clinton said on “CBS Mornings” on Tuesday, speaking with Gayle King. “I was deeply sorry that it actually happened. But now that it has happened, I think everybody understands that this is not necessarily the only effort that we’re going to see this court undertake to turn back the clock on civil rights, and gay rights and women’s rights beyond abortion.”

The former Secretary of State said the decision should serve as a wake-up call for Americans.

“This is going to, I hope, wake up a lot of Americans,” she continued. “I don’t care what political party or religion you are, the question is: ‘Who decides?’ Is the government going to be in your bedroom? Is the government going to be making these decisions? We are only at the beginning of this terrible travesty that this court has inflicted on us.” 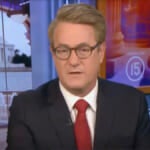 “I went to law school with him,” she said. “He’s been a person of grievance for as long as I’ve known him. Resentment, grievance, anger. And he has signaled in the past to lower courts, to state legislatures, ‘Find cases. Pass laws. Get them up. I may not win the first, the second or the third time, but we’re going to keep at it.’”

When asked by King about senators who say they were misled by Supreme Court justices Brett Kavanagh and Amy Comey Barrett during their confirmation hearings, Clinton said those senators were “misled in part because they wanted to be misled.”

“They either knew or they were blind … Anyone who is surprised by this is not paying attention,” Clinton said. “So these people were selected for this purpose. And it was a 50-year campaign. And you’ve gotta give the other side lots of points for their relentlessness, their total commitment to getting what they want done regardless of who’s hurt by it and regardless of who’s stripped of rights.”