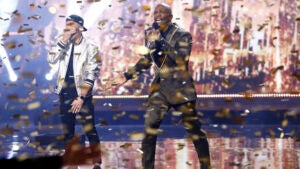 Late last year, it quickly became evident that Hollywood’s dealmaking machine of the past 30 years was broken. The pandemic had changed the way people watched feature films — with some debuting on streaming services and some in theaters — and a new approach to contracts for talent would be needed, particularly for A-listers accustomed to significant backend bonuses based on box office returns that may be diminished or eliminated altogether.

Fast forward to September 2021: What does dealmaking actually look like?

“It’s all over the place,” one entertainment attorney who has been at the forefront of making deals in the last year told TheWrap. “It’s the Wild, Wild West. The pandemic is distorting everything.” 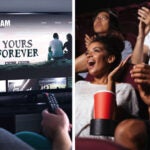 According to interviews with multiple Hollywood insiders, every studio is handling the situation differently and therefore no widespread industry standard has emerged for how to compensate top actors, directors and producers on films that may or may not get an exclusive run in theaters.

Warner Bros. has taken a preemptive approach to negotiate potential streaming-release buyouts, one top attorney said, after the studio scrambled to renegotiate deals for talent on big films like “Wonder Woman 1984” and Denzel Washington’s “The Little Things” following its decison to release its entire 2021 slate simultaneously in theaters and on its nascent streamer HBO Max.

Disney, which is currently embroiled in a lawsuit with Johansson over her compensation for “Black Widow,” has been cutting deals for future projects that compensate top talent for streaming possibilities, insiders said. Last December, TheWrap reported that Marvel had already begun to explore new talent deals to provide flexibility in case the pandemic or other factors led the studio to bypass theaters and take films straight to Disney+.

Under the new contract language, key above-the-line talent receive adjusted compensation depending on whether the film opens in theaters or debuts on the Disney+ subscription streaming service, according to an insider with knowledge of the situation.

But as with many things in the Magic Kingdom, it gets complicated. While the studio is offering “a negotiated buyout” if a film doesn’t screen in theaters, a second attorney said, “there are also nuances to it because there is straight-to-SVOD, and then day-and-date, where the availability on the service leads to a depressed return in theaters,” the attorney said. “In that case, the talent has the option to take the buyout.” (Indeed, Johansson has argued that “Black Widow” ticket sales were depressed because the film was simultaneously available as a premium release on Disney+.)

Other studios are handling things on a film-by-film basis, often based on the strength of their parent company’s streaming operations. That’s particularly true of Universal and Paramount, whose affiliated streamers (Peacock and Paramount+, respectively) are the latecomers to the streaming party and lack the stature and subscriber base of more established streamers like Netflix. (Paramount is also hampered by a deal with Epix, which holds the first pay TV window on the studio’s releases through the end of 2023.)

And while Sony doesn’t have a streaming service, the studio will negotiate buyouts for talent when selling a finished film to a streamer, as with last year’s Tom Hanks WWII drama “Greyhound.”

Reps for Universal, Sony, Paramount, Disney and Warner Bros. did not respond to requests for comment for this story.

Top stars are still seeing big paydays. But after years of resistance to sharing any streaming revenue, one top agent said studios are finally willing to incorporate a portion of that income into compensation packages. Netflix is paying Leonardo DiCaprio $30 million for his role in Adam McKay’s “Don’t Look Up,” including streaming buyout, according to Business Insider. Will Smith is getting $40 million for “King Richard,” Variety reported, including a backend buyout because the movie will hit both theaters and HBO Max simultaneously this year. And Dwayne Johnson is taking home $50 million for Netflix’s “Red Notice,” with a backend buyout.

Even Disney cut a new deal with Emma Stone for a sequel to “Cruella” — a film that, like “Black Widow,” had a hybrid release in theaters and on premium streaming. Though terms were not disclosed, her agent Patrick Whitesell called the new package “an equitable path forward … for members of the creative community to participate in the success of new platforms.” (Read: She’s going to get a big check no matter the size of the screen that the movie opens on.)

But not everybody is benefiting from the new compensation models.

One lawyer who has been in recent contract negotiations with studios said the majors are actually “fighting back,” willing to make streaming concessions only for A-list talent or people they really care about. “Compensation for studios licensing product to streamers has become a major issue of talent negotiations,” Peter Nichols of Lichter, Grossmann, Nichols, Adler, Feldman & Clark, told TheWrap. “Those artists who have leverage can make some headway, but those who don’t are forced to accept whatever the studio offers them, if anything.”

According to the top agent, the current messiness over talent deals represents “just blips on the radar” amid the more seismic shifts in film distribution that the pandemic shutdown of cinemas helped to accelerate. “By 2022 or 2023,” the agent said, “all these negotiating hurdles will be cleared and ironed out and it will be business as usual — although ‘usual’ will mean more streaming distribution than before 2020.” 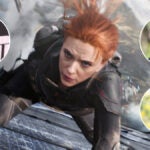 The good news is that the explosion of streaming services has led to a demand for more content — what the second Hollywood attorney called “a lot of production of movies that might not have been gotten made.” But since most of those movies are not intended for theaters, the old box office-based compensation model is getting lost.

For big stars, the lost revenue from backend theatrical deals can be substantial. Disney said Johansson was paid $20 million upfront for “Black Widow,” though insiders told the Wall Street Journal she stood to make as much as $50 million total after factoring in box office bumps.

Some agents and talent reps worry about the lack of transparency surrounding studios’ decision-making on how to distribute individual films. “The media companies can make their calculations based on estimates they don’t share with anyone else,” the second attorney said. “And then how can we get paid for that on the talent side?”

“When subscription revenue is a big driver for the media companies and that revenue is not being shared with talent, then you disconnect the talent from the financial incentives the studio has,” the attorney said. “Maybe one day there will be a streamer that will try to break out from the crowd and attract talent by allocating some share of revenue based on how many people watch your show or film, but I don’t see that being likely to happen, as much as I hope it would.”