“Honk for Jesus. Save Your Soul” was reviewed by TheWrap out of the 2022 Sundance Film Festival.

A strong ensemble cast, led by Sterling K. Brown and Regina Hall, does a lot of emotional heavy lifting in the otherwise lightweight mockumentary “Honk for Jesus. Save Your Soul,” a darkly comic drama about a disgraced mega-church preacher and his conflicted wife.

Written, produced and directed by Adamma Ebo, “Honk for Jesus. Save Your Soul” never really goes anywhere unexpected in following Pastor Lee-Curtis Childs (Brown) and his painfully drawn-out road to a comeback after a sex scandal involving a group of teenage boys.

As Lee-Curtis’ wife Trinitie, Hall provides the movie with its strongest emotional hook, as her performance suggests a lot about her conflicted character that Ebo’s scenario doesn’t fully consider. And by framing the movie as a fake fly-on-the-wall documentary — directed by fictional filmmaker Anita Bonet — Ebo generally directs our attention to the body language and physical tics that define her on-screen performers’ emotional range. 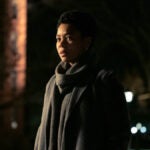 Ebo’s ostentatious concern for and interest in Trinitie also gives Lee-Curtis’ narrative an essential immediacy and momentum. Bonet and her crew tend to continue shooting the Childs for longer than either Trinitie or Lee-Curtis wish they would, so we spend much of “Honk for Jesus. Save Your Soul” waiting for Trinitie either to get fed up or to just honestly address Lee-Curtis’s increasing desperation. His plan — or really, hopes — to re-open the Wander the Greater Path Baptist Church doesn’t look like much, especially given that many of his church’s parishioners have already moved on to the nearby Heaven’s House Baptist Church. So Trinitie’s frustration with Lee-Curtis understandably grows as Wander the Greater Path’s planned Easter Sunday reopening approaches, and Lee-Curtis’ confidence seems increasingly misguided.

Hall’s nervous smiles and over-compensating speech also give viewers something to focus on beyond tsk-tsking at Lee-Curtis’ shameless, performative rhetoric. Unfortunately, Ebo often seems to be more interested in Trinitie’s resistance to being seen by Bonet’s camera crew than in showing us how Trinitie and Lee-Curtis operate their church.

Ebo’s investment in Bonet’s quiet editorializing makes sense given the nature of “Honk for Jesus. Save Your Soul” as a counter-narrative to the canned comeback story that’s often favored by grandiose, media-obsessed personalities like the Childs. But there’s only so much to learn from scenes that revolve around the Childs’ glaringly self-obsessed, materialistic and shallow behavior. In this context, Trinitie’s frustration serves as emotional punctuation in otherwise played-out dramatic scenes. 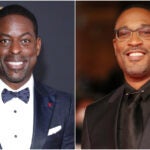 A few moments in “Honk for Jesus. Save Your Soul” suggest that Ebo is really only interested in how the Childs’ parade-float-sized egos have inevitably led them to situations that they can’t control. In one toothlessly provocative though well-performed scene, Lee-Curtis tries to seduce Bonet’s sound mixer Basil (Devere Rogers) by offering him a job and taking off his own dress shirt. That scene’s regrettable tension starts to deflate once Basil flatly tells Lee-Curtis that, unlike the charismatic pastor, Basil’s boyfriend likes Basil’s facial hair.

Ebo also mindlessly solicits viewers’ outrage in a scene where Lee-Curtis has an impromptu heart-to-heart with Monterius West (Mike Dyl), a forgiving “former congregant,” as he’s identified by an on-screen title. After Lee-Curtis and Monterius embrace, a second line of on-screen texts outs Monterius as an inmate at Atlanta Penitentiary, as if that new information was inherently meaningful beyond its deflating insinuation. 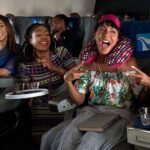 A couple of brief scenes that revolve around radio call-in interviews also suggest that Ebo really wants to mock the blatant hypocrisy of black Southern Christians who deny Lee-Curtis’ past wrong-doings. The language and phrasing of these callers’ commentary suggest a pattern of denial — especially given how many choose to focus on the “legal” age of Lee-Curtis’ teenage victims — that Ebo only considers as a way to undermine the Childs’ proud rhetoric and attitude.

Hall makes the most of this sometimes ungenerous material, especially when Trinitie withers under the unsparing gaze of Bonet’s camera crew. These brief Trinitie-centric moments effectively suggest that Ebo, through Bonet and her crew, looks to Trinitie as a way of understanding why people of color, especially women, stand by obvious fraudsters like Lee-Curtis. There aren’t many good answers in “Honk for Jesus. Save Your Soul,” especially given how Trinitie’s reflexive denial seems to define her.

Still, Hall does effectively suggest that her character has a lot on her mind whenever Bonet’s camera turns on Trinitie, as if waiting for her to say something about Lee-Curtis’ evidently inauthentic or just plain unconvincing behavior. When Trinitie does inevitably break down on camera, Hall, in character, unburdens in a way that feels emotionally satisfying despite the scene’s canned and ultimately unrevealing nature. “Honk for Jesus. Save Your Soul” doesn’t really work without Hall, but she’s often good enough to make you want to wait and see if Trinitie will ever stop biting her tongue and start yelling.

“Honk for Jesus. Save Your Soul” premieres Sept. 2 in U.S. theaters and on Peacock.