“Saturday Night Live” alum Horatio Sanz has been accused in a lawsuit filed Thursday of grooming an underage girl and sexually assaulting her at a party in 2000.

According to the lawsuit, the victim, identified as Jane Doe, met Sanz when she was 15 and operating fan sites about “Saturday Night Live.” Sanz allegedly invited the plaintiff to a taping of the show in 2000 and “began his process of grooming.”

The suit goes on to detail additional meetings and correspondence between the two in which Doe says Sanz was “flirtatious and physically affectionate.” Doe says Sanz invited her to “SNL” after-parties where she was served alcohol and invited to sit “on his lap with her legs positioned between his legs and his arm around her hips, waist and buttocks.”

The alleged sexual assault came in 2002, when Does that Sanz “intentionally touched the Plaintiff’s sexual or intimate parts for the purpose of degrading or abusing Plaintiff and/or for sexual gratification, including: kissing her, groping her breasts, groping her buttocks, and digitally penetrating her genitals forcibly and without Plaintiff’s consent.”

According to the lawsuit, Sanz admitted to the behavior when the two met at an event in 2019.

Horatio Sanz’s attorney denied the accusations in a statement, calling them “categorically false.” 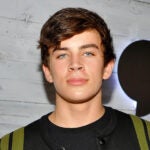 “This individual’s claims about Horatio Sanz are categorically false,” the statement said. “However often she repeats her ludicrous allegations or tries to rope in other high-profile names to generate media attention, they will always be false. Before filing this lawsuit anonymously, she demanded $7.5 million in exchange for her silence. We, of course, refused and will vigorously contest these totally meritless claims.”