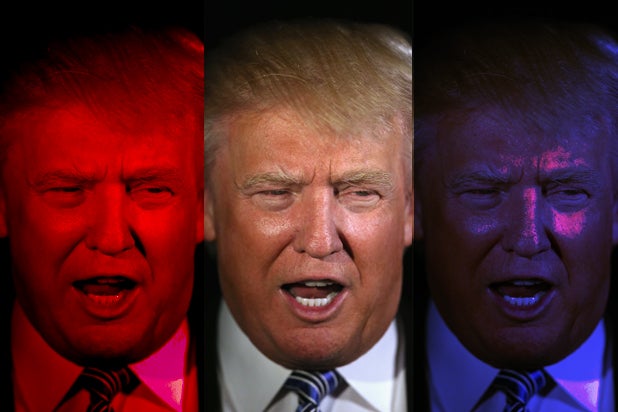 Donald Trump is no stranger to controversy.

But now that he has officially kicked off his presidential campaign, the GOP hopeful faces more scrutiny than ever before; and according to one expert, more pushback than he’s used to.

“In the past, he’s sort of shuffled between being political and being a TV star, but society has changed and he’s gotten more egregious in his comments and he’s going to find when he’s done with this campaign that he can’t go home again,” Howard Bragman, chairman and founder of Fifteen Minutes Public Relations, told TheWrap.

Trump’s latest controversial comments — calling Mexican immigrants criminals and “rapists” — have landed him in hot water with Univision, NBC and the National Hispanic Media Coalition, which denounced him as a “bigoted, racist.”

Last week, Univision announced that it was dropping the Spanish-language simulcast of the Miss USA Pageant, citing Trump’s “recent, insulting remarks about Mexican immigrants.” Trump co-owns the Miss Universe Organization in a joint venture with NBCUniversal, but even NBC is distancing itself from the star of its long-running “Celebrity Apprentice.”

On Monday, the network ended its business relationship with Trump, saying it would no longer air Miss USA, which is set to take place on July 12. Additionally, the network dumped Trump from “Apprentice.”

The mogul has naturally come out swinging, filing a $500 million lawsuit against Univision and slamming the channel in a number of cable news interviews. But Bragman said that Trump should consider public silence: “I would tell him to shut up! Just shut up! And apologize eventually.”

However, there are those who are not betting against The Donald just yet.

“As a general matter, he checks a lot of voter boxes,” Republican pollster and communications strategist KellyAnne Conway told TheWrap. “Voters always say, ‘Tell it like it is. I like how he’s outside of politics, he’s going to be tough, he doesn’t owe anyone anything.’ However, the message and delivery have to meet up and in this case, he’s made it very easy for his detractors and naysayers to extract a salacious soundbite and make that the headline.”

After all, Conway noted that Trump wouldn’t be the first politician to bounce back from seemingly catastrophic controversies.

“Trump needs to do what Senator Obama and Bill Clinton did when they were facing similar crises… When Gennifer Flowers became a household name, Bill and Hillary Clinton talked to ’60 Minutes.’ She sat next to him and looked like the doting, forgiving wife,” Conway noted.

Barack Obama faced a similar challenge in his 2008 run for the White House over his association with the Rev. Jeremiah Wright, whom Conway described as “an anti-Semitic, anti-white, racist, screaming pastor.”

“The only way Obama was able to turn things around was give that seminal speech on race,” Conway said. “Before that, he never really talked about race. But he had to address it. He had to address Rev. Wright and he did, and now he’s President. So, when you’re under fire, you can dodge only for so long but then you have to confront head on.”

In the past, Trump has stirred up plenty of controversy by feuding with , inciting “truthers” who don’t believe President Obama was actually born in the U.S., slamming “Daily Show” host as “a total phony,” and calling “Meet the Press” host Chuck Todd a “moron” who should be replaced.

But Bragman says the current situation is very different from a celebrity feud.

“I don’t think he understands the damage he’s done because he’s only able to look at life through his own lens,” Bragman explained. “He’s going to find out that he’s going to pay the price when it’s all said and done.”