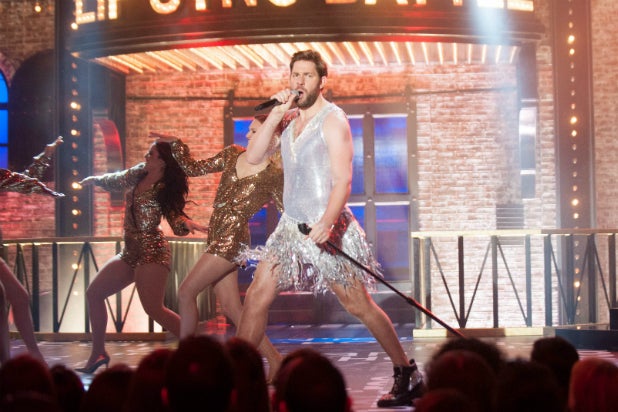 So says network president Kevin Kay, who told TheWrap in a phone interview that greenlighting the series spinoff of the “Tonight Show” sketch came at a crucial time for SpikeTV. The network – along with several others under the Viacom Media Networks umbrella – is in the process of rebranding, and the show provided a solid platform on which to do so.

“Part of what I wanted to do with ‘Lip Sync Battle’ is increase co-viewing, but also add diversity to the network,” Kay said.

“You really need to have more than just fighting and yelling,” he added, referring to the type of testosterone-filled programming the young-male-oriented network has chiefly carried. “We wanted to soften up the programming lineup.”

Spike changed its logo and graphics package in March and debuted a new slogan – “The Ones to Watch” – concurrent with the April premiere of “Lip Sync Battle.” The goal, Kay said, was to broaden Spike’s viewer base by introducing women to the mix.

“It was very calculated,” Kay said. “All this great talent – it felt like the perfect show to help launch that rebrand.”

That talent includes everyone from Oscar winners Anne Hathaway, Common and John Legend to, well, Mike Tyson, pitted against each other in a competition to determine who can lip sync pop hits and old standards the best.

“Lip Sync Battle” is an extended version of a sketch that’s been around since Fallon’s “Late Night” days. The gag really took off when a clip went viral of Emma Stone absolutely schooling the “Tonight Show” host with rapid Blues Traveler lyrics and a bombastic DJ Khaled/Ludacris rap.

When Fallon hatched the idea for a full series, along with producing partners John Krasinski and Stephen Merchant, none of NBCUniversal’s networks were keen on the project, despite Fallon’s long history with NBC. But when the idea came to Spike, Kay bought the pitch in the room — even before the concept’s popularity had been tested.

“When we bought the show it wasn’t the pop phenomenon that it is now,” he said. “It was pre- the Emma Stone clip, pre- a lot of that stuff being out there.”

Kay said he never assumes a show will be a sure thing, but after “Lip Sync Battle” added LL Cool J and Chrissy Teigen as hosts and started attracting the caliber of stars doing wacky things as it has, he isn’t surprised the series has become such a big hit.

“It’s good clean fun; anybody can watch it. And it’s going viral,” Kay said, citing a clip of Anne Hathaway performing to Miley Cyrus’ “Wrecking Ball” that racked up 10 million views before that episode even aired.

Not only does that lead to monetized online content, but the show is also earning huge ratings for the network. The three episodes that have run since “Lip Sync Battle” premiered on April 2 have averaged 2 million viewers in the coveted 18 to 49 demo.

And that viewership is split between males and females, Kay said, making Spike more attractive to advertisers.

Upcoming episodes of the series include an “Empire” showdown between Terrence Howard and Taraji P. Henson, “Dancing With the Stars'” Derek Hough versus sister Julianne and a morning show battle between Michael Strahan and Hoda Kotb.