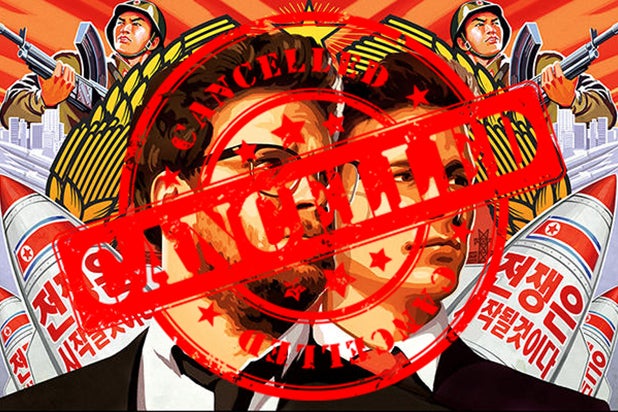 After an initial wave of sympathy, Sony Pictures now finds itself the object of scorn and criticism from every quarter both within and outside Hollywood for its perceived mismanagement of the devastating hack attack and cancellation of “The Interview.”

How did this happen?

The decision on Wednesday to cancel the movie has outraged the creative community. Actors, writers, directors from Rob Lowe to Jimmy Kimmel to Mia Farrow feel that the studio caved to the demands of the cyber-terrorists, now confirmed by federal authorities to have been North Korea.

By Thursday, both politicians on the right and media pundits on the left were slamming Sony for their decision. Left-leaning lawyer Alan Dershowitz called it “the Pearl Harbor on the First Amendment,” while respected right-wing politicians like John McCain criticized the studio for creating a “dangerous precedent.”

Many on social media were incensed that having pulled the theatrical release, Sony did not release the movie online. Newt Gingrich joined the fray, tweeting that “Sony should release ‘The Interview’ online for free so North Koreans can’t censor American creativity–should have Korean language version.” James Poniewozik of Time magazine echoed that emotion, urging the studio to stream the movie online so as not to give the hackers a total victory.

Meanwhile within Hollywood, Sony is not finding sympathizers either. The consensus seems to be that the leadership of the studio misjudged the risk of making “The Interview,” prioritizing the desires of Seth Rogen and James Franco over considering the larger ramifications and risk, and then responded tentatively once the devastating hack began.

“A lot of people think they handled this so poorly from day one,” said an executive at a rival major studio. “They messed around apologizing to Harvey (Weinstein) for their emails before owning up to what was going on.”

Leaked email traffic going back to last summer made clear that Sony headquarters Tokyo was concerned over the film, while leaked exchanges between studio co-chairman Amy Pascal and Seth Rogen show her pleading to tone down the movie, with Rogen pushing back hard.

Despite some ominous signs last summer and into fall, the studio stuck with the creative decision to depict the assassination of North Korean leader Kim Jong-un.

“The real question is, how did it ever get this far?” said a veteran Hollywood executive who has followed the situation closely. “Why didn’t someone raise their hand and say ‘You know, we really can’t do this.’ You can’t yell fire in a crowded movie theater and you can’t make a movie about an unpredictable man and expect not to upset him.”

Sony’s fellow studios have been notably silent despite Sony’s attempts to rally their support for their plight. The feeling among their partners is that the slow decision to pull the movie put other releases at risk during one of the biggest moviegoing seasons of the year.

Said one senior executive at a major studio: “People inside our company think it will effect moviegoing this weekend and over the holiday. Just saying the words ‘9-11’ reminds people not to go the theater. It’s a subliminal message and I think we’re going to take a hit.”

Said another studio executive: “Box office definitely gets hurt. I think it scares off people.”

Meanwhile Sony employees, both current and former, feel violated by the theft their personal information and are angry that they were not better protected.

“I have family and friends (that are) seriously affected and suffering by this hot mess of a Sony sh*tshow,” wrote one angry relative of Sony employees in an email to TheWrap. “My niece received death threats today, and my brother’s entire family has been targeted for identity theft on the internet.”

Employees have been issued contacts at a cyber security firm, and many have been told that their personal information is for sale on the black market, leaving them feeling vulnerable.

The result for the studio is a lose-lose: the studio has embarrassed their Tokyo bosses by standing by the artists who insisted on depicting the real-life Kim Jong-un’s assassination and caved to threats about consequences if Sony released it.