Oscar-winning filmmaker Guillermo del Toro returns with his first film since 2017’s “The Shape of Water” with a movie of a different sort. “Nightmare Alley” is an adaptation of the William Lindsey Gresham novel of the same name, and finds del Toro working without supernatural elements for the first time in his career. Production initially began in January 2020, but COVID shut down filming in March. Resuming filming in September 2020, the film finished up in December of 2020, now arriving to screens a year later.

“Nightmare Alley” is not streaming anywhere, nor has Searchlight Pictures announced plans to send the film to streaming.

Is “Nightmare Alley” in Theaters?

What Is “Nightmare Alley” About?

Stanton Carlisle, a carnival con-artist, develops a knack for “performing” psychic readings on strangers through sleight of hand and convincing technique. Building off of conning clients left and right, Carlisle dreams of becoming a mentalist with the ability to manipulate even more people. When he meets and teams up with psychiatrist Dr. Lilith Ritter, his thirst for her power spells trouble as the two attempt to swindle a major patron. Set in the 1940s, “Nightmare Alley’s” twists and turns contribute to a dark, suspenseful and mysterious plot. 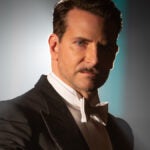 Who Is in the “Nightmare Alley” Cast?

Where Can I Watch Other Bradley Cooper Movies?

“Valentine’s Day” (2010) and “Silver Linings Playbook,” (2012) in which Cooper stars alongside “Hunger Games” breakout actress Jennifer Lawrence, are available to stream on Netflix.

“American Hustle” (2013) can be found on Starz, DirecTV and Spectrum.

One of his more recent hit films, the fourth remake of “A Star Is Born” (2018) — starring Cooper and Lady Gaga — is available to stream on HBO Max.

Cooper also voices Rocket in several Marvel Cinematic Universe films, including “Avengers: Infinity War,” “Avengers: Endgame” and both “Guardians of the Galaxy” movies. All of the Marvel movies can be streamed on Disney+.

Where Can I Watch the First “Nightmare Alley”?

The 1947 adaptation of “Nightmare Alley” can be accessed with a streaming subscription to The Criterion Channel. 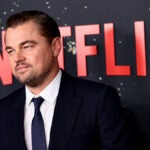