Filmmaker Guillermo del Toro embraces his love of film noir in his dark new drama “Nightmare Alley,” and he originally planned to team up with another known cinephile: Leonardo DiCaprio. The Oscar-winning “The Revenant” actor was originally attached to star in “Nightmare Alley” for del Toro, but was eventually replaced with Bradley Cooper in the role of Stanton Carlisle.

While speaking with TheWrap about the journey of getting “Nightmare Alley” to the screen, del Toro explained exactly why DiCaprio’s casting didn’t happen. As it turns out, it all came down to scheduling. “He was interested because we have a common fascination for the carnival, but very quickly within the process it was evident that there was gonna be a conflict of dates,” del Toro explained. “I needed enough time to put together the cast in the way that I had seen it. We had written the part of Lilith for Cate Blanchett, I had written the part of Clem for Willem Dafoe, I had written Bruno for Ron Perlman, etc. So we couldn’t be hurried into shooting really quick, because we needed to make all these shooting schedules coalesce into the movie.” 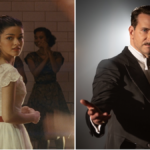 Also Read:
‘West Side Story,’ ‘Nightmare Alley’ and Other Latecomers Shake Up the Oscar Race

Del Toro did not name the project that created a scheduling conflict for DiCaprio, but likely culprits include either Martin Scorsese’s “Killers of the Flower Moon,” which was originally supposed to begin filming in March 2020 until the pandemic ended up delaying the production a full year, or Adam McKay’s “Don’t Look Up” which started filming in February 2020. “Nightmare Alley” began principal photography in January 2020, hence the tight window.

“He departed on really good terms,” del Toro added before explaining why he was drawn to Cooper for the lead role of Stanton, a carny who learns the art of mentalism and turns it into a business. “Then the first person I approached was Bradley because I had seen some darkness in ‘Limitless’ and I had seen darkness of a different kind in ‘A Star Is Born’, but he had a very period face for me. He looked like a guy in the thirties or forties. He had that scruffy physicality when he is young Stanton and he could look really polished, almost Gary Cooper-like [as] Stanton in the city.”

In Cooper, del Toro found someone who could take the character of Stanton on the dark journey the script needed. “I knew Stanton needed to be magnetic but have a dash of madness,” del Toro said. “Magnetic enough for people to believe in him, and Bradley has that star power and the willingness to go really, really dark which I really appreciated because he would not flinch at anything. I knew I wanted an actor that would do all the heavy lifting and who was capable of this incarnate, raw reality.”

The result, at least in many critics’ estimation, is a swell performance and del Toro’s darkest film yet. (Critics on RottenTomatoes.com have rated it 84% fresh.) Meanwhile, del Toro and DiCaprio parted on good terms, so there’s always the possibility of them teaming up at some point down the road. 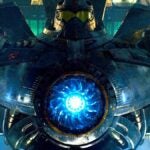