Get your rosé ready, Bachelor Nation! “Bachelor” Mondays are back as new bachelor Zach Shallcross sets sail on his journey for love.

After winning over viewers’ hearts during Rachel Recchia’s season of “The Bachelorette,” Zach welcomes 30 new ladies to the Bachelor Mansion — not too far from his home in Southern California — with the hopes of finding his perfect match.

Here’s everything you need to know about the when the new season comes out Monday, Jan. 23.

What Time Does “The Bachelor” Air?

The beloved reality series will premiere its new season at 8 p.m. ET/PT and 7 p.m. CT on ABC.

Is “The Bachelor” Streaming?

New episodes on the series will hit on demand and Hulu the day after they premiere, with the first episode of the season arriving on the streaming service Tuesday, Jan. 24.

Who Is the New Bachelor?

Zach Shallcross takes the reins as the bachelor this season. Hailing from Anaheim Hills, CA, the 26-year-old tech executive is searching for a partner whose commitment to family is as strong as his as he travels between Southern California and Texas to visit his parents. Describing himself as a “lovely, huggy boyfriend,” Zach has said he believes in love at first sight — so all eyes on his pick for the first impression rose!

Bachelor Nation first met Zach during Rachel Recchia and Gabby Windey’s season of “The Bachelorette,” when he dated Rachel and chose to self-eliminate after his fantasy after a devastating realization.

Who Is Vying for Zach’s Affection?

Thirty contestants will be vying for Zach’s affection — with the end goal of a marriage proposal — this season. Learn more about them here. 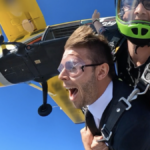 Although Zach is set on his humble intention to find a wife, that doesn’t mean there won’t be bumps along the way — cue the crying. In true Bachelor Nation style, this season might just be the most dramatic one in “Bachelor” history.

Despite having a hiatus from international travel during the height of the COVID-19 pandemic, this season will feature romantic dates across the globe, including riding in a carriage in Estonia, going sightseeing in London, bike riding in Budapest, seeing the wonders of Thailand on horseback and relaxing on the beach in the Bahamas.