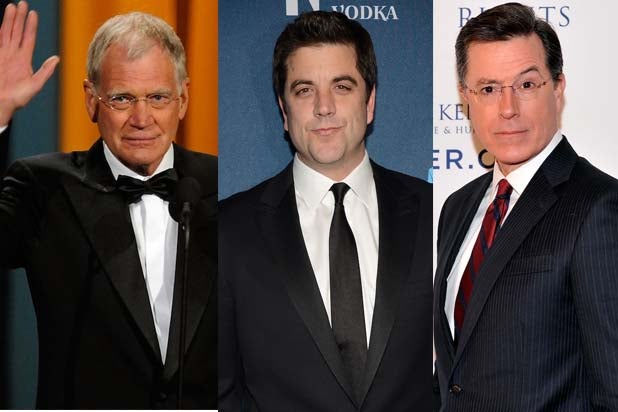 Chelsea Handler, CBS in Talks for Late-Night Spot (Exclusive)
Insider tells TheWrap that Handler was already negotiating for a show with the network ahead of David Letterman’s retirement announcement

WaxWord: Dave Letterman Joins Jay Leno at the Exit – A Seismic Shift In the Late Night Landscape
Here are 10 possible replacements — and three wild card options — after Letterman retires in 2015.

How Letterman’s Exit Could Spawn Conan vs. Jay Part 2
NBC’s handling of the last two “Tonight Show” transitions could come back to bite it — hard.

Why Summer Movie Season Is Kicking Off in April With ‘Captain America’ Sequel
Disney’s Marvel superhero saga gets a jump Friday as the release window for would-be blockbusters expands.

Summer Movies Forecast: Can Spider-Man, Transformers and Godzilla Smash Records?
Last year was a record breaker with fewer blockbusters, can Hollywood match its past success? One thing’s for sure: Unknown actresses and actors will become known.

‘Shameless': Mickey Comes Out, Crushing Gay Stereotypes, Along With Ribs
Showtime series is offering up the most radical portrait of homosexuality on small or big screens.

Stephen Colbert Strikes Back at Asian Tweet Controversy: The Dark Forces Have Been Thwarted (Video)
“I just want to say that I’m not a racist — I don’t even see race. Not even my own,” Colbert pleaded to viewers Monday.

Plus, #ICYMI in Pop Culture this week: