The 1971 San Francisco oil spill that dumped more than 800,000 gallons of crude off its coast was an environmental disaster. But for a shrewd Black trucking entrepreneur named Charlie Walker, it was a golden opportunity to puncture the racism in his industry and to make some serious cash from a rich, embattled oil company. For as long as the system let him, of course.

In telling the story of Walker’s crafty exploits saving a beach and fighting discrimination, the independently made “I’m Charlie Walker” from writer-director Patrick Gilles is its own amorphous discharge, if not so slick.

It boasts a commanding, old-school star-wattage turn from Mike Colter (“Luke Cage”) as the hustling, tussling Walker, but its mix of sidelined Black history and fight-the-power narrative is too messy to have the impact it should, especially after the handful of memorable black-themed Bay Area stories we’ve gotten of late (“The Last Black Man in San Francisco,” “Blindspotting,” “Sorry to Bother You”). 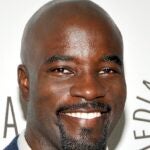 Archival footage and narration from Safiya Fredericks (as Walker’s wife Ann) set us up with an overview of Bay Area racial and political tensions at the height of the Vietnam war, and how an independent, proud trucker like Charlie Walker (Colter), trying to feed a family with three kids, couldn’t get work from white contractors favoring white trucking outfits. Not above a hostile reaction to such open discrimination — he pranks one bigoted dispatcher, only to get thrown in jail for it — Charlie mostly just wants that fair shake to prove how hard he’ll work.

When two Tower Oil tankers (the fictional name for Standard) collide in the fog-ridden bay, Charlie sees his chance to grab one of the fossil-fuel behemoth’s hastily-assembled and lucrative beach cleanup jobs. He readily accepts the gig none of the unionized white truckers want: Marin County’s un-touristy, hard-to-access, furthest-from-the-spill Stinson Beach. It becomes a fateful one, though, when weather and waves send most of the oil Charlie’s way, inadvertently making a Black man the most important, and public, on-site boss of the whole operation. 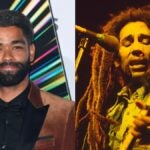 His resourcefulness and managerial skills make a difference. But lest you think there’s some clear-cut morality tale in Charlie’s struggles to keep his work order when white truckers and an optics-obsessed oil exec (a hammy Dylan Walsh) want him out, the movie presents a more complicated hero. Smooth-talking Charlie’s equal opportunity crusade also means skimming from the money spigot as any crooked white contractor would, and playing mob-tough when needed with his antagonists.

While this makes for a compellingly layered scenario at the intersection of racial injustice, personal integrity, and white-controlled capitalism, “The Wire” or a righteous Spike Lee joint this isn’t. A ham-fisted dramatist, Gilles too often ladles on the wife’s narration to explain Charlie for us when acting, dialogue, and action should — and yet elsewhere, an absence of clarification hampers our grasp of why certain events are happening. (Also, ironically, his home life is barely depicted.) On top of that, the swerve into vice, menace, and blackmail is awkwardly handled, as is the comically gangster-ish tone of the movie’s more confrontational exchanges. 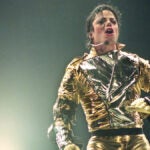 The less said about the actors surrounding Colter, the better. At least the star’s colorful line delivery and powerful physicality (especially in natty three-piece suits) offer a much-needed throughline of sly charisma — whenever, that is, the choppily-edited 78-minute running time gives him a chance to wield it. But his neo-blaxploitation vibes still feel underserved inside the tonally convoluted screenplay and cheap-looking direction, with Gilles’ shooting style reminiscent of ‘70s television, not the era’s vivid anti-hero entertainments. It’s so talky and un-visual that despite it taking place in multiple locations, including the California coastline, it feels like a play barely opened up for the cameras.

That talk, however, is occasionally its strong suit, articulating with a fair amount of fire and wisdom the economics of racism that motivated Walker in his brief time getting all he could out of a twist of opportunity before, as text informs us at the end, his legal troubles began years later. Is “I’m Charlie Walker,” which lists its subject as a producer, an unashamedly image-burnishing piece? No doubt, and the cabdriver cameo by former San Francisco mayor Willie Brown — an old pal from Walker’s trucker days (portrayed in the film by Carl Lumbly) — is there to let us know that ascent and longevity has its rewards.

Ultimately, it’s also the kind of wild, hidden history that might have been served better by a deep-dive documentary instead of a muddled docudrama.