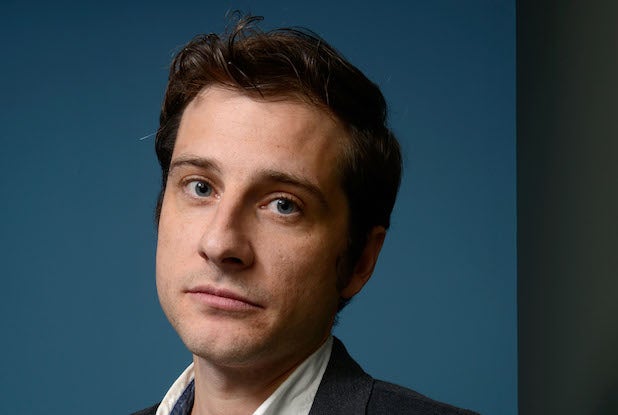 In early January, as she and the rest of the film world prepared to descend upon Park City for the annual rites of Sundance, the New York Times critic Manohla Dargis issued a plea to the powers that be in the industry: Stop making — and buying — so many new films.

“It’s hard to see how American independent cinema can sustain itself if it continues to focus on consumption rather than curation,” Dargis wrote. “There are, bluntly, too many lackluster, forgettable and just plain bad movies pouring into theaters, distracting the entertainment media and, more important, overwhelming the audience.”

The remarks sparked a debate in the film community — especially amongst independent filmmakers — and, ultimately, set the stage for a piece that appeared on Salon.com, by Beanie Barnes. In the article, Barnes argued that the glut of cheaply made movies was a drag on the economy. By increasing the supply without growing the demand, the article suggested, the filmmakers were stealing tax credits from the state and labor from crew members, creating a sort of cinematic Wal-Mart.

A solution, the author suggests, is providing more training for filmmakers and “updated vertical integration models inspired by the old studio system.”

The question begged by these proposals and pleas, of course, is just who would have to sacrifice their creative ambitions for the abstract “good” of an amorphous, impersonal industry? On Monday, Kentucker Audley, an actor and filmmaker (“Sun Don’t Shine,” “Ain’t Them Bodies Saints”) who runs NoBudge Films, started a campaign to make that very point.

In a “petition” at Change.org, Audley satirically urges fellow filmmakers to stop making movies altogether, so that there are far fewer choices for viewers and critics. Those that should agree to silence themselves include anyone making “anything small scale, anything personal, of course all mumblecore, and most other work with developing visions,” the petition says, adding, “In other words, if you don’t already have your artistry perfected, please sign up.”

So far, 163 filmmakers have “promised” to stop making movies, with sarcastic signing statements such as, “Giving up my hopes and dreams was the easy part. The hard part is deciding whether I should watch ‘The Lego Movie’ or ‘Pompeii’ first.”

TheWrap traded e-mails with Audley about the petition and his take on the shifting landscape of film and distribution.

Have those “glut of indie movies” op-eds been a big topic of conversation amongst your filmmaker friends? What have people been saying about it?

There’s been a fair amount of discussion, particularly the Times piece. Of course, they both get at a fundamental issue with the state of indie film. And on one hand it’s a pretty dire situation so I appreciate their thoughts to identify the problem. But I think they both miss the other hand, which is the freedom indie filmmakers now operate from, and how this ultimately makes for a healthier, more fertile indie scene. I suspect the “out of focus,” “just plain bad” films Dargis is referring to, are the ones made for $100,000 or less, perhaps the ones who raised their budgets through crowdfunding which operate completely independently and, for better or worse, provide an actual alternative to market based film formulas.

Beside the fact, these filmmakers most often aren’t in the industry to begin, but exist below it and are making films as a hobby. Is her point that hobbyist filmmakers are diluting the pool for professionals, in her case study, using Joseph Gordon-Levitt as a bright spot? If so, it’s a condescending and elitist point of view, and as indie film was built as a raw alternative to smooth studio fare, inconsistent with the spirit of indie filmmaking. Beside the fact, I would rather see an out of focus, undeveloped feature film with unknown actors than watch Joseph Gordon-Levitt for the 20th time.

Do you find, as a filmmaker, that a glut of indies makes it difficult to break through at all (despite your petition)? Or do you think technology has only made it easier?

Of course, there is some level of truth behind the satire. It is prohibitively difficult to make a living as an indie filmmaker. But it’s not something to begrudge, it’s just something you have to work around.

Movies aren’t really competing with movies anymore. Movies are competing with YouTube channels or Vine videos or games on our smartphones. (Are we supposed to advocate for less Vine videos or smartphone games?) We watch films to be entertained and when we have more entertainment options, movies take up a smaller piece of the pie. Entertainment is all around us, trekking to a theater seems like a wasted step.

A night of YouTube videos is just as entertaining, probably more so, and you don’t have to go anywhere. This doesn’t seem to bode well for the future of indie cinema, but I think indie filmmakers can produce their films within this new paradigm of how and when people find entertainment. An interactive web series on YouTube made by an indie filmmaker could be more interesting than a indie film with a big movie star that hits theaters.

When did you decide to launch the petition?

I’ve been thinking about where the Times piece left me, and then the Salon article took it to the next level. Taken together, they seem to call for less indie films, and as an indie filmmaker, that’s a direct challenge to me. But the way I make indie films is personal and I think they fail to give that approach its fair due. That’s still the main reason people make indie films. Not for the money or the fame, but to express an idea or tell a story or document personalities. That’s the roots of indie filmmaking so it becomes a little insulting when the pursuit which you’ve devoted your life is put on trial.

But the petition is meant to be funny, not confrontational. I respect both authors and they both bring up valid points. I think the Salon piece is constructive if viewed in terms of the economic picture. I’m not an economist and I still think of indie film as an art, so we just have a different starting point.

Do you think those essays are just a sign of snobby gatekeepers being upset by people banging on the doors, and if so, is there some validity to the statements despite the snobbishness?

I don’t buy the argument that the more movies people make, the lower quality they are. I think the opposite is closer to the truth. With experience comes competence. The glut of movies are often being made by the same people over and over, and if they can find a way to improve their filmmaking, perhaps they can eventually cut through the noise, and if not, there’s no harm in them toiling away in obscurity. If crews or actors want to be involved without getting paid a fair amount, that’s their prerogative. It’s hard to hear journalists argue against this, as if indie film wasn’t supposed to be an alternative to the financial workings of major studios.

Young filmmakers who came of age in the modern age of digital technology learned to make films for no money, and they’ve been learning on the job, and that’s invaluable training. Sitting in a room trying to convince a table of industry experts that your project is viable is not for everybody. That shouldn’t be a pre-requisite for being allowed to make a movie. Of course, that’s often how the larger indie industry functions but there needs to be room outside of that. The health of the indie industry depends on young filmmakers figuring it out on their own, not being molded by industry veterans to fit in with the existing model.

Would you have suggestions about how to better both opportunity and distribution channels?

People shouldn’t stop making art because there’s no demand for it, and distributors shouldn’t stop buying movies and releasing them in theaters. If the New York Times doesn’t think a film is worthy of being reviewed, they shouldn’t review it, and if they have to – based on the economics of running their business – then so be it. It’s overstepping that Dargis would call for distributors to buy less films. And it’s beside the point for [Beanie Barnes] to view art in terms of supply and demand.

For me, it’s all about trusted curation channels. I think we’re lacking for those in the current climate but I think they will naturally develop and mature.

But I’m not worried about the future of indie film. The development of crowdfunding is one of the best things that’s ever happened to independent films. Gatekeepers with financial motivation are not ideal in artistic pursuits. Being able to raise a budget without giving up creative control is a vital development, one more promising than the financial concerns are discouraging.