When phone callers to New York-based film distributor Picturehouse are put on hold these days, they don’t hear Muzak. Instead, they get the head-banging power chords of Metallica.

These days at the back-from-the-dead indie outfit, it’s all about heavy metal – and 318 Imax screens – as the company prepares for the Friday box-office rollout of “Metallica Through the Never.” It’s the first release since founder Bob Berney acquired the name and trademark from Warner Bros. in January.

“Picturehouse has a really unique place in my heart, from all the films we did, the people we worked with, even the classic logo,” Berney told TheWrap, “so it was a natural.” 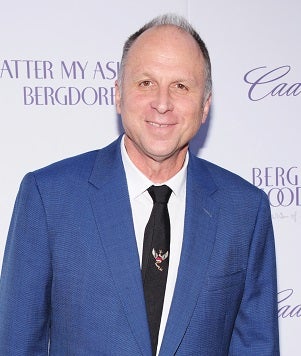 Berney is a veteran of the indie wars, and was behind the hits including Mel Gibson‘s “Passion of the Christ” and “My Big Fat Greek Wedding” during his tenure at Newmarket Films.

He headed Picturehouse from the time it was launched with HBO Films and New Line in 2005 to its closure in 2008, when Warner Bros. decided to its release its smaller and niche films through the same marketing and distribution units that handled its larger releases.

Berney has taken on the role of chief executive at the reborn Picturehouse, and his wife Jeanne is president. He acknowledged the indie landscape is far different than it was during the company’s original run.

“And it is still constantly changing,” he said. “The biggest challenge is trying to figure out exactly how it’s going to evolve.”

One of the more significant differences is the spread of online streaming, and one of Berney’s first moves with the relaunch was to land an output deal with Netflix. The plans call for Picture to release four to six films a year, beginning in 2014.

Another of the new realities today is the clutter of independent films, and Berney said he believes one way of rising above it is to properly match the release pattern to the film.

As a concert-narrative hybrid, “Metallica Through the Never” is an unusual movie, and the rollout plan is designed to maximize the word-of-mouth boost Berney hopes the group’s hardcore fan base will deliver.

The film stars the band, thousands of their fans and young Dane DeHaan (“The Amazing Spider-Man 2”), and is written and directed Nimród Antal (“Kontroll”) and produced by former Imax film producer Charlotte Huggins (“Journey to the Center of the Earth”).

The plot follows a band crew member (DeHaan) sent out on a mission during Metallica’s roaring live set in front of a sold-out arena, and finding his life turned upside down.

After its week-long Imax run, Picturehouse will expand “Through the Never” into about 650 screens nationwide on Oct. 4, Berney said, and adjust from there depending on its reception.

The band itself is on board and even making personal appearances at screenings around the country on its opening weekend.

“For four guys in a rock band of average height, to get a chance to unleash their 3D film on Imax screens the size of buildings across the country is a mind-blowing thought,” said Lars Ulrich, who formed Metallica in 1981 together with James Hetfield.

Producer Huggins was the link between Picturehouse and the band, which had tried to mount an earlier Imax movie years earlier. The rib-rattling rock music tale is a long way from earlier Picturehouse releases like “Kit Kittridge: An American Girl,” “La Vie en Rose” and “The Women.”

“One of the things we thought we did well in the earlier incarnation of Picturehouse was to give really interesting directors the chance to break into the mainstream,” Berney said.

“It’s a bit of high-wire act, like all independent film, but when we screened ‘Through the Never’ at Toronto, and we heard the audience reaction and the old Picturehouse logo up there in front of Metallica, it was really a good feeling.”