Elizabeth Olsen and Aubrey Plaza wore the same black and gold dress to the L.A. premiere of their two-hander “Ingrid Goes West” Thursday night, poking fun at the life-stalking-via-Instagram plot of their dark comedy that won over the Arclight Hollywood crowd with the same “rapturous reception” that it got at Sundance this past January. 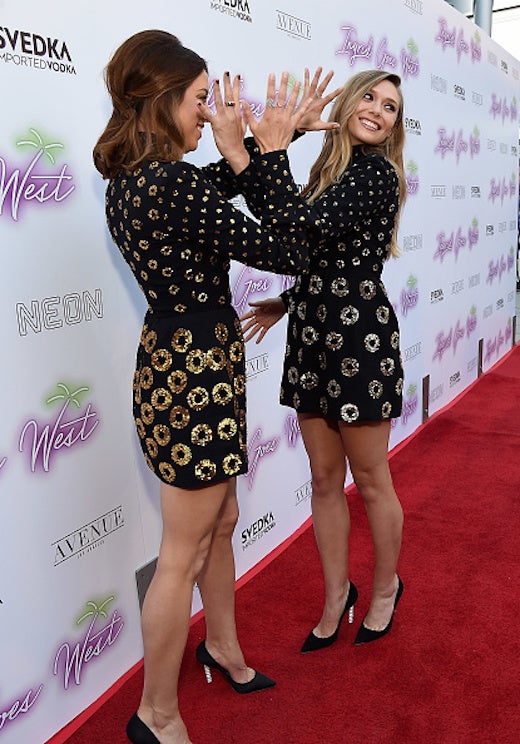 As TheWrap reported from Sundance at the time, “‘Ingrid Goes West’ follows Ingrid Thorburn (Plaza) a mentally unstable young woman who becomes obsessed with Taylor Sloane (Olsen), a social media ‘influencer’ with a seemingly-perfect life in Venice, California. When Ingrid decides to drop everything, and move to the west coast to befriend Taylor in real life, her behavior turns unsettling and increasingly dangerous.” 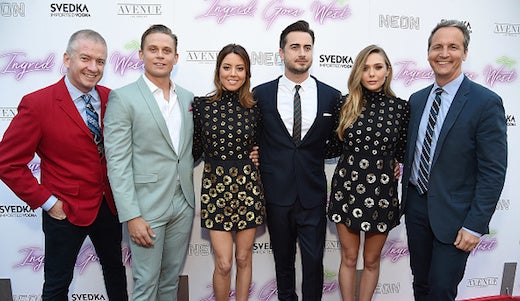 The dark comedy drew consistent laughs from the packed house at the Arclight’s Theatre 10 on Thursday night, with co-stars Pom Klementieff and the standout Billy Magnussen joining the procession of star talent.

O’Shea Jackson Jr. is off shooting a “big Hollywood movies,” per director Matt Spicer, and could not make it.

Before the screening, Neon founders  Tim League and Tom Quinn addressed the audience, beer in hand. They revealed how anxious they were to convince Plaza (who also produced the film), Spicer, and the team from CAA to sell them the U.S. distribution rights.

“We’re having this conversation (after the Friday night screening at Sundance), I’m very nervous, we’re trying to do our best and express our love of this film, ” League said. “We’re realizing that these guys are so damn smart. They know how to market this film.”

League turned to his colleague Quinn and said, “We have to work with these guys.” They rolled out their best offer and the rest is history.

Quinn and League also shouted out strategist Darin Pfeiffer, who produced the L.A. premiere that swamped the Arclight plaza.

For a peek inside the theater, watch the full  introductions above, including Plaza and Olsen vamping in their matching attire.

After the screening guests — including Chris Pratt, Darren Criss, RJ Mitte and singer Inas-X — headed over to Avenue for the party. (Pratt got a taste of being hunted himself, fending off a professional autograph hound following him as he walked down Sunset Boulevard.)

Clothing designer Kelly Cole spun the after party, where Svedka and Kim Crawford wines were poured.

Neon releases “Ingrid Goes West” on Aug. 11 in New York and Los Angeles, before platforming to other markets throughout the rest of the summer.

Writer’s Disclaimer: The co-screenwriter, David Branson Smith, and I worked together on an unscripted TV project over 10 years ago.  That has nothing to do with the reason why I think “Ingrid Goes West” is going to be  a breakout movie of the summer.