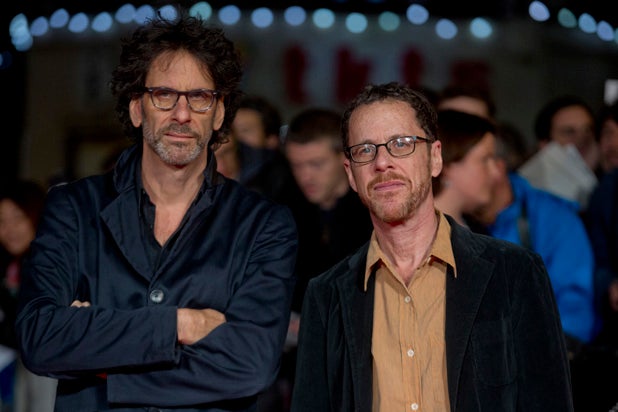 Ethan and Joel Coen are known for putting their characters through hell, and “Inside Llewyn Davis” is no exception. The chronicle of a sad-sack folk singer trying to find a tenuous spot in the Greenwich Village folk scene of the early ’60s, its title character is a self-destructive mope who can’t catch a break, and who also doesn’t realize that Bob Dylan is about to come along and utterly transform the scene; after Dylan, folksingers who didn’t write their own material were just about obsolete.

Drawing some inspiration from the Dave Van Ronk memoir “The Mayor of MacDougal Street,” the film features a remarkable performance by Oscar Isaac, who performs live and also embodies a Coen hero beset by bad luck and worse choices. “Inside Llewyn Davis” is as dark and twisted as a typical Coen brothers outing, but it’s also got a good beat, and you can dance (or at least sway) to it.

JOEL COEN: I was thinking about Van Ronk almost generically, as a guy who was around then. I wasn’t thinking, let’s do a movie about Dave Van Ronk.

ETHAN: It was such a weirdly specific and yet totally open-ended idea. We thought, all right, what would that be? And then we kinda forgot about it for years, as sometimes happens.

How often does one of your films start with a single image like that?
ETHAN: Oh, you know, kinda. Well, frequently. Frequently, the first idea for the movie is the beginning of the movie. “Miller’s Crossing” was a hat in the woods.

JOEL: I think with “Barton Fink,” you had said something like, “There’s a writer named Barton Fink, who’s a playwright who goes to Hollywood.”

ETHAN: Really? I don’t remember that.

JOEL: It will sometimes just come like that. And sometimes it’s different. At one point I remember we were sitting around thinking, we would never do a movie that starts by following someone down a long hallway, and little letters click on the screen that say “CIA HEADQUARTERS, LANGLEY, VIRGINIA.” Then we thought, well, shit, why not? Let’s do one of those. So that’s how we started “Burn After Reading.”

You came up with an idea of a movie you wouldn’t do, and then made the movie to prove you could?
JOEL: Yeah.

ETHAN: Maybe we felt it would be good for us. It would help us grow.

JOEL: I think that is what we were thinking.

Did it work?
JOEL: Apparently not. [laughing] Sadly, no.

Somehow, starting with the image of a folk singer getting beat up outside Gerde’s Folk City seems like less of a stretch for you guys.
JOEL: [laughing] “Less of a stretch!”

JOEL: We can handle that. Yeah. That’s really funny.

How it did move beyond that image?
ETHAN: We did a couple of movies, and for some reason we came back to it after “True Grit.” Something about that idea suggested to us that it would not only be the beginning of the movie but the end of the movie as well.

JOEL: Still not knowing really why he was being beaten up. It proceeded from the absurd originating figure, which was: Why would somebody beat up a folk singer?

ETHAN: That’s the most preposterous thing. Nobody gives a shit.

So then it becomes a quest to create a folk singer that somebody would give enough of a shit about to beat up?
ETHAN: Yeah. [laughs] Some people start with deep and interesting questions. We start with questions like those.

JOEL: We’re not asking the big questions on this one.

You bought the rights to the Van Ronk book, but it’s not his story at all.
ETHAN: You take specific things and specific names, but you jumble all of them totally out of context. The fictional character is set in a world that’s as real as you can make it. We did want it to feel like New York in 1961.

JOEL: The idea was: made-up character, made-up story, real music of that period. We weren’t interested in writing what really happened, but we wanted to use the real music. That was part of what was interesting to us about the period, not something that we wanted to fictionalize or re-imagine in some modern context.

There was a real divide in the music of that era between the folk and blues purists, like Van Ronk, and the popularizers like Peter, Paul and Mary. But even though your main character falls on the Van Ronk side of that divide, the movie doesn’t look down on the other camp at all. “Five Hundred Miles” is a beautiful song, and it’s beautifully performed.
JOEL: I agree, absolutely.

ETHAN: There was something in [Bob Dylan‘s book] “Chronicles” where Dylan talked about the Kingston Trio, and it’s not at all condescending. Yeah, you know, shit works. And by shit, I don’t mean bad shit. I mean shit in general. Stuff works. You can’t argue with that.

Obviously, a leading man who can act and also play the music is crucial. How hard was it to find the guy who could do all that?
ETHAN: It was really hard until we found him. Then it was easy. It was weird. It’s about a musician, somebody who’s got musical chops, and you want to actually watch them perform. We knew we didn’t want to fake it, we wanted to shoot live performances. But also, it’s about this very complicated, difficult character, and the whole movie’s about him, and it’s got to be an actor who can do that. Thinking about those two things in combination, I don’t know why we assumed we would find that person, or that that person existed. But he did, and it was Oscar.

JOEL: But there was a point where we were thinking, this may be uncastable.

ETHAN: You think, Why the fuck would we write this if there isn’t necessarily a person who can play it?

What was the process like of figuring out the repertoire he would sing?
JOEL: Well, there were so many things about Oscar, and about the ambitions of the story, that were not coincident with any kind of real fidelity to Dave Van Ronk. While we wanted to use a lot of his repertoire, everything about Oscar musically is so different. Some of what Dave sang that we were attracted to for various reasons worked with Oscar and some of it doesn’t.

Llewyn’s audition song, “The Death of Queen Jane,” is an old Scottish song that certainly wasn’t part of Van Ronk’s repertoire.
ETHAN: That’s an interesting thing, the audition song. That was one of the last ones we chose, because obviously that was going to be a big dramatic moment.

JOEL: It was the idea of him having to sing something that was in a strange way melancholy and naked for this guy, but completely inappropriate to the context. That was a song that seemed to satisfy all those requirements, and would also be beautiful to hear.

ETHAN: It had to be really good, and really self-defeating. And the funny thing about it is, we figured it was public domain, because nothing sounds more Elizabethan.

But you used a version of the song that had a new melody written by the Bothy Band in the ’70s.
ETHAN: Yes, but we didn’t know that! [laughing] I had no fuckin’ idea. Who would imagine?

This was your first movie since “Blood Simple” where you didn’t have distribution before you made it. Did you start by looking for a distributor?
ETHAN: We started out looking for whoever, and whoever quickly turned into StudioCanal.

JOEL: It was entirely financed by them, which was great. Essentially they said, “Go ahead and shoot and finish the movie, and you don’t have to secure American distribution until you’ve finished it.” And yeah, “Blood Simple” was the last one we did without a domestic distributor. Well, we didn’t have any distributor for that.