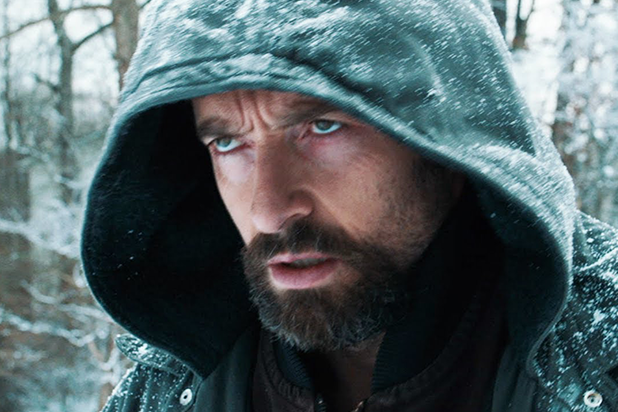 While the triumph of “Prisoners” at the box office this weekend was a foregone conclusion, its potential in the weeks ahead remains a puzzle for Warner Bros. and rival studios.

Could it mimic past fall breakouts and ride strong word-of-mouth to $100 million? Or will it fizzle out?

When Warner Bros. distribution chief Dan Fellman spoke with TheWrap on Sunday, he compared the movie’s opening to recent early fall breakouts “Looper,” “Moneyball,” and “Argo.” Its $21 million haul topped the openings of all three of those movies, each of which grossed more than $110 million worldwide by the end of their theatrical runs.

“The picture is in great company when you look at this time of year,” Fellman told TheWrap. “You look at those movies and look at the CinemaScore and all the stars are lining up.”

Yet complications remain that undermine those comparisons.

Despite the popularity of star Hugh Jackman, “Prisoners” does not have the international upside of “Looper.” Rian Johnson‘s dystopic sci-fi thrill ride leveraged engaging action scenes and a Chinese co-producer into $110 million in overseas grosses.

And “Prisoners” lacks the brisk run time and uplifting tone of “Argo,” which had remarkable staying power at the box office. Buoyed by critical acclaim and a bevy of major awards, Ben Affleck‘s third film didn’t drop more than 50 percent at the weekend box office until its 22nd week in theaters.

As for “Moneyball,” it was 20 minutes shorter and rated PG-13, which opens the film up to more moviegoers.

“Prisoners” does have superb word-of-mouth going for it, as demonstrated by its 29 percent jump from Friday to Saturday, and it’s A- CinemaScore. That has most analysts projecting the Alcon Entertainment-backed film will hold steady in the weeks to come.

“After a summer full of escapist tentpole movies, adults are hungry for something intense and aimed at them,” Phil Contrino, BoxOffice.com’s editor-in-chief, told TheWrap. “Looking at that bump on Saturday, word of mouth is pretty strong. People are talking about it; that’s the important thing.

Contrino projected the movie’s grosses would drop 40 percent at most this weekend, and said $15 or $16 million in grosses would augur a long run.

While that wouldn’t be enough to top Sony’s “Cloudy with a Chance of Meatballs 2,” it could be enough to outflank three other adult-oriented films next weekend, “Don Jon,” “Baggage Claim” and “Rush,” which goes wide after a limited release this past weekend.

“The only movie that is out there that opens is ‘Cloudy,'” Fellman said.  “In today’s world, if you can get two solid weeks out of a movie you’re in great shape.”

The biggest obstacle in the studio’s path could be its own strong slate. Alfonso Cuaron‘s “Gravity” opens Oct. 4, and everyone is predicting the space epic will gross more than $30 million during its opening weekend.

“A movie like ‘Gravity’ can chop the legs off of ‘Prisoners,'” Contrino said, only to sound a note of cauation: “let’s see how it does today.”

Warner Bros against Warner Bros. That would be something.