“Insecure,” the Emmy-winning comedy series, has wrapped production on its fifth and final season, which has star and creator, Issa Rae, feeling sentimental.

The actress-writer-producer took to Twitter Friday to mark the occasion and share some sweet snaps from the set, writing, “Today is my last day shooting #InsecureHBO. Said goodbye to some of my favorite people on Earth, on and off screen, this past week. Never imagined all the doors this would open. Forever grateful to those who paved the way for us to do us.” 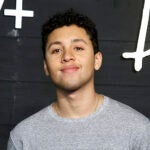 Also Read:
Jaboukie Young-White Teams With Issa Rae for ‘The Gang’s All Queer’ Series at HBO

Check out those matching sweats.

Rae singled out two colleagues as especially important to her on her Instagram story, costar Yvonne Orji and show runner Prentice Penny.

Of Orji she said,”I know I will never have a costar as generous and beautiful as you. Thank you for holding me and us down for six years. I love you forever.”

Rae followed that story up with a video of her embracing Orji, who plays Molly, set to Brandy’s “Best Friend.” 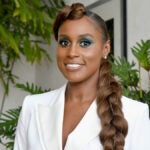 “And then there’s this man,” Rae continued, sharing a picture of Penny on-set, “Who made it his mission to help me make the show of my dreams and held my and every step of the way. I will forever cherish everything I’ve learned from you. You’re my (much older) brother for life and the gold standard.”

Rae also Instagram-storied a photo of her posing with Orji, Penny and costar Jay Ellis, simply captioning it, “Family.”

Members of the “Insecure” family have been bidding farewell to the series all week. Check out some of the emotional posts here.

Partially based on Rae’s popular web series “Awkward Black Girl,” “Insecure” debuted on HBO in 2016 to both critical and commercial acclaim. Rae has said that the goal of the show was to convey the “complexities of blackness” and in doing so make people of color more “relatable” to mainstream audiences. In addition to its many accolades, “Insecure” made Issa Rae a household name.

In January 2021, HBO confirmed that “Insecure” would be ending after five seasons. A premiere date for the final season has yet to be announced. 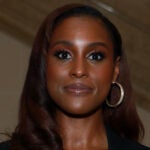