Do enough people care about the “Avatar” franchise a decade later to warrant five sequels? That’s been the question on many peoples’ minds ever since James Cameron started work on expanding his franchise, and it’s a question that Cameron himself seems to understand.

The first of these sequels, “Avatar 2,” is finally slated to hit theaters on Dec. 16, 2022, and “Avatar 3” is already in the can, with scripts for “Avatar 4” and “Avatar 5” already written. But with so much time, effort and money already having been put into building out sequels to the highest grossing film of all time, Cameron is aware of the changed box office environment to which they’ll be released.

“The big issue is: Are we going to make any damn money?” Cameron told EW in a recent interview about his work on the sequels. “Big, expensive films have got to make a lot of money. We’re in a new world post-COVID, post-streaming. Maybe those

numbers will never be seen again. Who knows? It’s all a big roll of the dice.” 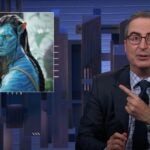 Also Read:
John Oliver Roasts ‘Avatar’ Sequels: ‘Take Your Time on Those James Cameron. No One Gives a S–‘

Cameron began planning out the franchise’s continuation in 2012, but principal photography didn’t begin until 2017. The reason? “Avatar 2” and “Avatar 3” take place largely underwater, and that necessitated the invention of new technology so Cameron could capture the performances of his actors underwater. The “Titanic” filmmaker tells EW that many tried to convince him to just shoot “dry for wet” – meaning stringing actors up on wires and making it look like they’re underwater in post-production. But after testing that method and a rudimentary version of performance capture underwater, Cameron told EW “it wasn’t even close.”

“Avatar 2” picks up 14 years after the original and finds Sam Worthington reprising his role as Jake Sully and Zoe Saldana returning as Neytiri. Cameron decided to set these first two sequels ocean-side to combine his love of filmmaking with his passion for sea exploration, and he hopes audiences are as wowed by this change of scenery as they were by the cutting-edge performance capture of the first “Avatar” back in 2009.

“Avatar 4” and “Avatar 5” haven’t yet started filming but they have scripts and release dates (2026 and 2028, respectively), although Cameron has admitted before that if people don’t show up for the first “Avatar” sequels, those last two aren’t guarantees.

We’ll find out if the last decade of work will have been worth it – and if audiences are still ready to show up in droves to an “Avatar” movie – next December.