Jamie Spears filed documents Tuesday night intending to shield him from responsibility for treatment daughter Britney Spears testified about last week. He requested an investigation into her claims that her conservatorship is “abusive.”

Days after Britney Spears told the court that she wants out of the conservatorship she’s been under for 13 years and squarely blamed her father for much of the suffering she said she’s endured, Jamie Spears filed paperwork pointing out that he has not been the conservator of her person for two years. Instead, he noted, that position has been filled by Jodi Montgomery.

“Ms. Montgomery has been fully in charge of Ms. Spears’ personal care and medical treatment in consultations with [court-appointed lawyer Samuel Ingham] – and which consultations specifically excluded Mr. Spears. Mr. Spears, therefore, was greatly saddened to hear of his daughter’s difficulties and suffering, and he believes that there must be an investigation into those claims,” say the documents filed in California on Tuesday. 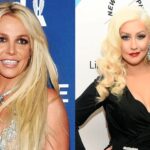 The filing argued the older Spears has been “cut off” from speaking with his daughter and so has had no input on the medical or personal care issues she detailed in her testimony.

“On September 9, 2019, Mr. Spears relinquished his powers as Conservator of the Person in favor of Ms. Montgomery. Unlike Ms. Montgomery and Mr. Ingham, Mr. Spears does not speak or meet with Ms. Spears’ medical team, and he is not permitted to nor does he have the opportunity to provide any input into his daughter’s current medical treatment, diagnosis, or therapy. Nor does Mr. Spears participate in or discuss Ms. Spears’ personal affairs with her, such as issues related to her self-care, marriage, and reproductive desires. These are issues under the purview off Ms. Montgomery as Ms. Spears’ conservator of the person, and issues that Ms. Spears presumably discusses with her court-appointed attorney, Mr. Ingham,” the filing said.

Britney Spears broke her silence with emotional testimony last Wednesday, detailing the “abusive” circumstances of her 13-year-long conservatorship, claiming that she has not been allowed to remove her IUD or get married while she’s been forced into unwanted professional endeavors. 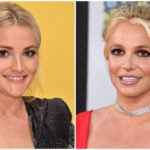 The singer’s testimony was the first time she publicly expressed that she would like to end the conservatorship and remove her father from it without an evaluation.

“I just want my life back,” Spears said at the hearing. “It’s been 13 years and it’s enough. It’s been a long time since I’ve owned my money and it’s my wish and my dream for all of this to end without being tested.”