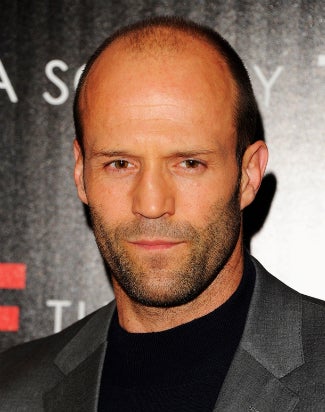 Jason Statham hopes to stoke a growing fire under the Academy of Motion Picture Arts and Sciences to finally recognize stunt actors with their own Oscar category.

“All of the stunt men — these are the unsung heroes,” Statham said in an interview with Vanity Fair. “Nobody is giving them any credibility. They’re risking their necks. And then you’ve got poncy actors pretending like they’re doing [the stunts].”

Statham can hardly be counted among those “poncy” actors. The British action star started as a martial artist and diver before landing his first role in Guy Ritchie’s “Lock, Stock, and Two Smoking Barrels” and he regularly performs his own stunts.

See photos: Stallone & Schwarzenegger Are Dunzo: 10 Action Stars Who Should Replace Them

When legendary stuntman and director Hal Needham died in October, the outpouring of grief from Hollywood was enormous. Yet Needham was never eligible for recognition from the Academy for pioneering some of the most famous stunts in cinema history — only receiving an honorary Oscar in 2012.

“For me, it’s a total injustice,” Statham said. “[Stunt actors are] the ones getting busy. Then you have some guy standing in front of a fucking green screen screwing his face up pretending like he’s doing the stunt. To me, it’s like a farce. I have a real frustration with that because I know these coordinators. I train with them all the time and they are incredibly talented.”