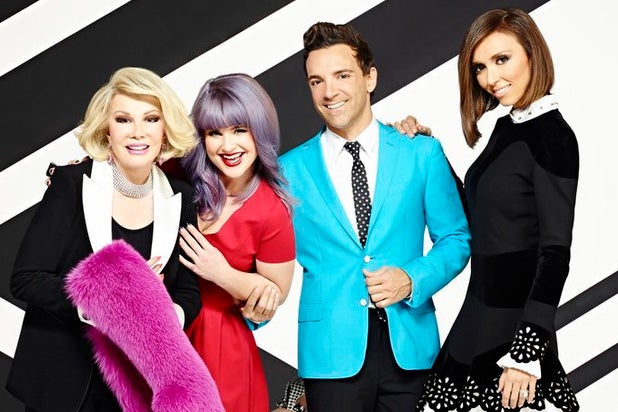 Joan Rivers, who passed away at the age of 81 on Thursday, had a decades-long career as a comedienne, talk show host and actress, but most younger audiences will know her best for her snarky commentary on Hollywood’s biggest fashion moments.

E!’s “Fashion Police” has been a mainstay of the awards season zeitgeist for over a decade ever since Joan and daughter, Melissa Rivers, first commented on the celebrity style on display at the annual Cannes Film Festival in 2002, and it became must-watch TV when the weekly show launched on the E! Network in 2010.

It was also where Rivers lodged some of her most memorable and cutthroat zingers.

R&B singer Rihanna’s sometimes outrageous outfits were, needless to say, prime fodder for Rivers. For the 2014 iHeart Radio Awards, Rihanna went with an all-leather ensemble topped off with an unusual lip color. “Why the green lips?” Joan wondered. “It looks like she just [bleep] the Grinch. Talk about Christmas coming early.”

The Grammys often provided plenty of material thanks to its more laid-back atmosphere, but Pamela Anderson and Kid Rock were a little too casual at the 2002 show. “It looks like the trailer park exploded and they landed at the Grammys.”

Not even Queen Bey was immune to Rivers’ wrath. “I hate this so much,” Rivers bemoaned Beyonce’s Grammys 2014 outfit. “It reminds me of ‘The Real Housewives of Atlanta.’ Mostly black with that one annoying white thing.”

Fortunately, most celebrities seemed to take being insulted by Rivers as a badge of honor. “RIP Joan Rivers. Being publicly told that my dress is hideous will never feel quite as awesome,” Anna Kendrick tweeted. “You will be truly missed.”

And when Rivers was nice, it could have an even bigger lasting impact. Actress Sarah Hyland got the honor of receiving Rivers’ very last endorsement on “Fashion Police.” “I can’t even comprehend the fact that I was @Joan_Rivers last best dressed on @e_FashionPolice,” the “Modern Family” star tweeted on Thursday. “It was a dream come true. Thank you Joan.”