Lionsgate offered up a new “John Wick 4” poster during their presentation at this weekend’s CCXP (also known as the Brazil Comic-Con). The poster is just an extreme close-up of a suited-up Keanu Reeves. The appeal of the series, not discounting the relative quality of its predecessors, is the mere hook of watching Keanu Reeves going full “gun-fu” on a new batch of bad guys, random henchmen and upper-level adversaries. The appeal of “John Wick: Chapter 4” is quite simply that it’s another “John Wick” movie.

Perhaps “John Wick” was initially perceived as a knock-off of Liam Neeson’s “Taken” (not unlike John Travolta’s “From Paris With Love,” Kevin Costner’s “3 Days to Kill” or Sean Penn’s “The Gunman”), with Keanu Reeves playing a retired hitman who leaps back into action after his wife dies and Russian mobsters murder his new puppy. However, its impact on the action movies that followed is akin to if “Speed” (which was a loose variation on the “Die Hard” formula) caused a sea change in the mid-1990s with a bunch of movies more explicitly replicating not the Bruce Willis “stuck in a building with terrorists” actioner but the Keanu Reeves “the bus that couldn’t slow down” thriller.

And its commercial performance is something of a modern miracle. 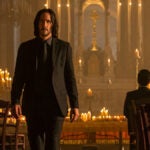 This kind of movie-to-movie bounce for the first three movies in a given series is nearly unprecedented in modern history, especially when all three films were wide mainstream releases from the get-go. This was not a case where the indie success of Robert Rodriguez’s “El Mariachi” led to the more mainstream successes of “Desperado” and “Once Upon A Time in Mexico,” or where the comparatively niche-y (in North America) “Mad Max” spawned the more mainstream “The Road Warrior” and “Mad Max Beyond Thunderdome”.

The closest comparison (at least on this scale) is Marvel’s “Captain America” trilogy (from $376 million in 2011 to $714 million in 2014 to $1.15 billion in 2016), but that had “Avengers”-specific bumps, with additional characters being added each time. The third film was as much “Iron Man 4” as it was “Captain America 3,” introduced Black Panther and Spider-Man into the MCU and featured a second-act climax of all the Avengers beating each other up. 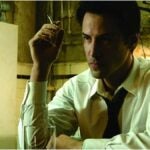 Also Read:
‘Constantine 2’ Will Be Rated R If Director Francis Lawrence Gets His Way

What’s even more impressive about “John Wick,” an R-rated, original, “star + character” franchise, is that each sequel was merely “watch John Wick stylishly shoot people” sans all that much added value or broader MCU-style narrative scope. Moreover, the second chapter ended on a significant cliffhanger, with little catch-up offered up in the threequel. The boost for the third film implies that plenty of moviegoers check out “Chapter 2” in its post-theatrical afterlife.

Ironically, Marvel’s “Thor: Love and Thunder” was tagged in some quarters as a disappointment because it “only” earned $343 million domestic (versus $315 million for “Thor: Ragnarok”). However, “Thor” was still the first modern big-budget franchise — all due respect to the first four “Nightmare on Elm Street” movies — since the first four James Bond films (“Dr. No” in 1962 through “Thunderball” in 1965) to have four ever-increasing installments.

Will “John Wick: Chapter 4” continue its upward streak? We’ll see, but Lionsgate will likely be pretty happy if it only jumps 9% from its predecessor for a $188 million domestic cume.