Johnny Depp said at a film festival Wednesday that cancel culture has gotten “so far out of hand now” that “no one is safe” from it.

Depp was on hand at the San Sebastian Film Festival in Spain to accept the Donostia Award for career achievement. While reporters were instructed to limit questions to his career, Depp responded to a question about cancel culture and alluded to his own failed libel lawsuit in which a judge ruled that the British tabloid The Sun’s claim he was a “wife-beater” was “substantially true.”

“It’s important that when you’re faced with something mind-bogglingly bewildering, that sort of thing hits you from many many angles,” Depp said. “It’s so far out of hand now that I could promise you that no one is safe. Not one of you. Not one of you, not anyone out that door, as long as someone is willing to say one sentence. It takes one sentence, and then there’s no more ground.” 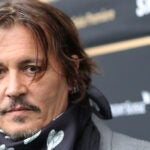 Johnny Depp in the wake of the lawsuit was asked to resign from the “Fantastic Beasts” franchise of films, and while he has not given up on acting, he’s suggested in past interviews that Hollywood is currently boycotting him.

In other oblique responses, of which you can see videos of below, Depp explained that he himself does feel “safe” but that the complications he’s dealt with could and has happened to many others.

“But it’s not just me that this has happened to. It’s happened to a lot of people. This type of thing has happened to women, men, children, who’ve suffered from various types of unpleasantries that sadly at a certain point they begin to think that it’s normal or that it’s them, when it’s not,” Depp said. “When there is an injustice, whether it’s against you or someone you love, or someone you believe in, stand up, don’t sit down. Don’t sit down on ’em, they need you.” 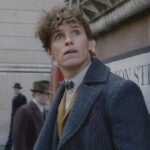 “I believe that if you are armed with the truth, then that’s all you need,” he said. “It doesn’t matter if a judgment…has taken some artistic license.”