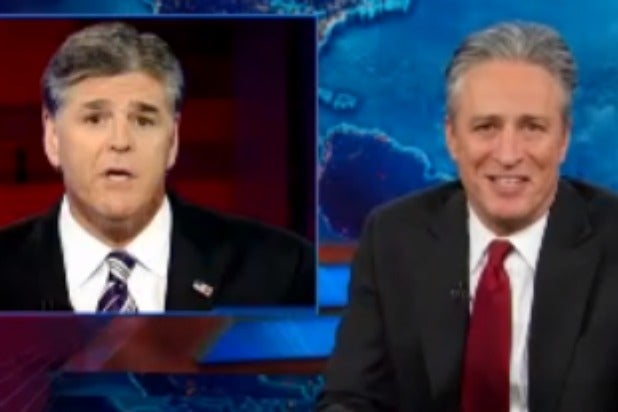 Jon Stewart has some suggestions for Sean Hannity on how to leave the great state of New York.

The “Hannity” said he was leaving New York “as soon as I can get out of here” after Gov. Andrew Cuomo said extreme conservatives “have no place in the state of New York.”

“It’s not East Germany. You can really get out anytime,” Stewart said. “It’s a large metropolitan area. We’ve got airports, interstates, a seaport. You could walk. I would carry you.”

Of course, Hannity may not really plan to leave. Stewart said the only trip on his itinerary was taking “the grievance train to Victimtown.”