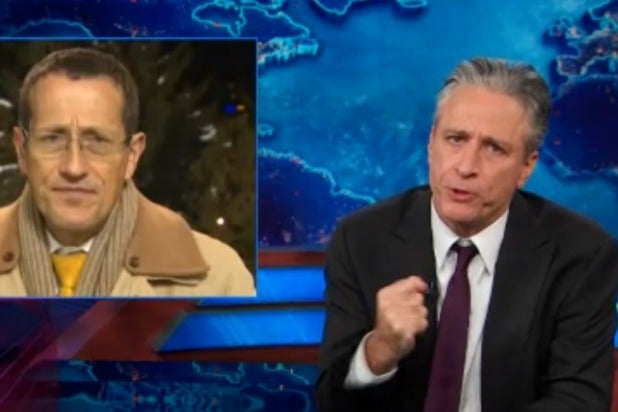 The billionaires at the exclusive Davos World Economic Forum are all atwitter about income inequality, and Jon Stewart has noted the irony.

After rolling tape of a CNN correspondent saying inequality is the most popular conversation topic in the “sah-lons” of the Swiss Alps, the “Daily Show” host suggested it’s come up in other places as well.

“I believe the real hypocrisy are the poor people who say they care so much about income inequality but couldn’t be bothered to come to Davos,” he scolded. “Shows lack of commitment.”

So how severe is the inequality? Stewart noted a recent report that the 85 richest people on earth have as much wealth as the poorest 3.5 billion.

Perhaps it’s time to open those cocaine-atoriums to the masses.