Jordan Peele has unveiled what will be his next horror film, a “new terror” called “Nope.”

In a poster for the film, Peele shared that the film will star “Get Out” actor and Oscar-winner Daniel Kaluuya, Keke Palmer and Steven Yeun. This will be Peele’s third feature following “Us.”

Universal will release the film in theaters, with select sequences filmed in IMAX, on July 22, 2022. 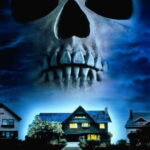 Also Read:
Jordan Peele Producing ‘The People Under the Stairs’ Remake For Universal

See the poster via Jordan Peele’s Twitter, which features an ominous, oddly shaped cloud floating as though part of a kite, below.

No other plot details were made available, and it was previously reported that Kaluuya, Palmer and Yeun were all meant to be part of the cast. Barbie Ferreira, Michael Wincott and Brandon Perea also star.

Peele will produce “Nope” alongside Ian Cooper for their Monkeypaw Productions. The project falls under Monkeypaw’s exclusive five-year deal with Universal. Senior vice president of production Sara Scott and creative executive Tony Ducret will oversee the project on behalf of Universal. 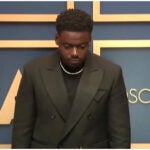 Peele is a producer and writer on “Candyman,” which Universal intended to hit theaters last year. Due to the coronavirus, the horror film was pushed back multiple times and is now set for August 27. The film is directed by Nia DaCosta and is a “spiritual sequel” of the 1992 horror film “Candyman.”

Kaluuya won an Oscar this year for his work in “Judas and the Black Messiah.” Palmer is known for “Hustlers” and recently wrapped production on a film called “Alice” alongside Common. And Yeun was also nominated for an Oscar this year on behalf of his leading role in “Minari.” He’s no stranger to horror, having gotten his big break as Glenn on “The Walking Dead.”