Neon is continuing its acquisition spree and has acquired the North American distribution rights to “La Chimera,” the next film from Italian auteur Alice Rohrwacher that stars “The Crown” actor Josh O’Connor and Isabella Rossellini.

Written and directed by Rohrwacher, “La Chimera” is set in the 1980s in the clandestine world of the tombaroli, or tomb robbers and tells the story of a young English archaeologist (O’Connor) caught up in the illegal trafficking of ancient finds. Carol Duarte, Alba Rohrwacher and Vincenzo Nemolato also co-star.

Phase one of production on “La Chimera” has already been completed in Tarquinia and Southern Tuscany, and the film will continue shooting across central Italy and Switzerland between August and September. 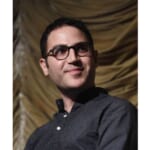 The film is produced, as all of Rohrwacher’s previous films, by Carlo Cresto-Dina with his company tempesta and long-time backers Rai Cinema, in co-production with Neon, Amka Films (Switzerland) and Ad Vitam Production (France) in partnership with Arte France Cinema, Canal +, Ciné +, RSI/SSR SRG (Switzerland) and French distributor Ad Vitam. 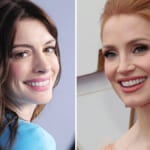 Neon has “Crimes of the Future” from David Cronenberg playing in Cannes as well as Brett Morgen’s David Bowie film “Moonage Daydream.” They also ahead of Cannes picked up the rights to a film with Anne Hathaway and Jessica Chastain film called “Mother’s Instinct” and landed Hirokazu Kore-eda’s “Broker” and the Director’s Fortnight film “Enys Men.”