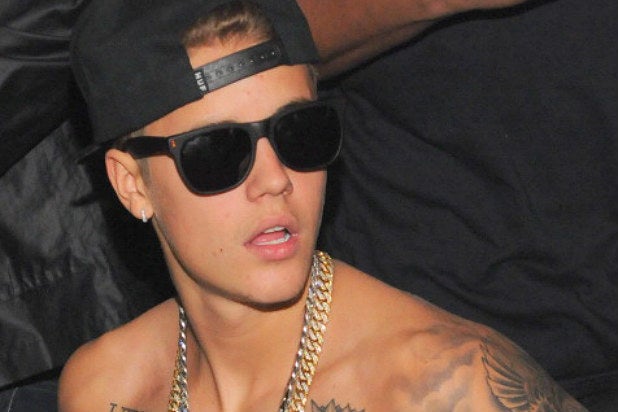 Justin Bieber is the highest-paid celebrity under 30 after earning an estimated $80 million in the last 12 months.

“Hunger Games: Mockingjay – Part 1” star Jennifer Lawrence came in 7th on the Forbes ranking, which is dominated by musicians including Taylor Swift, Rihanna, One Direction and Bruno Mars.

The business publication attributes most of Bieber’s money to the tail end of his “Believe” world tour, which sold out at every stop, despite the pop star’s rising reputation as a bad boy, thanks to a DUI charge and egging incident followed by an assault charge.

Lawrence, the only thespian on the list, earned an estimated $34 million over the last year with major roles in “X-Men: Days of Future” past and 2013 Oscar contender “American Hustle,” on top of Lionsgate’s “The Hunger Games: Catching Fire.”

Taylor Swift beat out Lawrence by clinching the No. 4 spot with an estimated $64 million in earnings — her highest income to date. It’s not surprising, since Swift’s latest album, “1989,” is the highest-selling record of the year, so far. It sold over a million copies in its first week, making her the first artist to do so this year.

On Sunday, the 24-year-old singer was honored at the American Music Awards with the first-ever Dick Clark Award.

Here are the top 10 Highest Earning Celebrities Under 30: