Mere days before the Kanye West Netflix documentary “jeen-yuhs” is due to premiere at the 2022 Sundance Film Festival, the Grammy-winning artist is demanding final cut over the film.

West took to Instagram to voice his displeasure at, he claims, being locked out of the editing room. “I’m going to say this kindly for the last time,” the post begins. “I must get final edit and approval on this doc before it releases on Netflix. Open the edit room immediately so I can be in charge of my own image. Thank you in advance.”

The first installment of the three-part event film is currently due to be released on Netflix on Feb. 16, with the other two installments releasing across the next two weeks. The first installment makes its Sundance debut on Jan. 23. Netflix did not immediately respond to TheWrap’s request for comment. 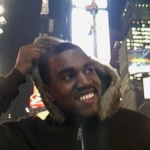 The West documentary “jeen-yuhs” is directed by Coodie Simmons and Chike Ozah and comes from Time Studios and Creative Control. It’s described as an intimate and revealing portrait of Kanye’s experience dating back to his formative days trying to break into the business as a rapper, brand and artist, and includes never-before-seen footage of his challenges and triumphs across music and fashion.

West’s comments come a week after he was named as a suspect in a battery investigation in Los Angeles, following an altercation that took place on Jan. 13. He was also recently named as a headliner of the upcoming Coachella music festival.