White House communications director Kate Bedingfield is reversing course, deciding not to leave her job this summer as she originally announced earlier this month.

“A massive thank you to everyone (every. one.) who endured listening to me wax on about how I regretted my decision to leave. There’s so much more to do and I’m so proud and grateful to be part of this team. Onward!,” Bedingfield wrote in a Friday tweet.

Her announcement came following an email she sent to her colleagues saying she came to the decision to stay after “much thought, discussion and reflection.” 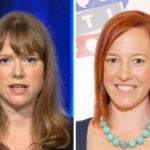 “I’m not done here and there is so much more good work to do with all of you. I couldn’t be happier and more excited about this awesome — if admittedly last-minute! — development. The work is too important and too energizing and I have a lot of gas left in the tank,” the email obtained by The Wall Street Journal said.

According to WSJ, Bedingfield began having second thoughts about leaving after she was asked to extend her stay a week when President Biden was diagnosed with COVID.

Their working relationship goes back to his time as vice president under President Barack Obama. She quickly became a trusted advisor and many have cited her as a reason for Biden’s victory over Donald Trump (she served as deputy campaign manager and communications director during the campaign) in the 2020 election. 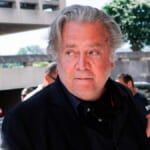