KCAL9 is getting a refresh. The local Los Angeles news station has been rebranded to KCAL News.

As part of the change, KCAL will launch a seven-hour morning news block beginning Thursday, Jan. 5. The morning coverage, which will run weekdays from 4 a.m. to 11 a.m., will be led by Kalyna Astrinos, Chris Holmstrom, Marci Gonzalez, Rudabeh Shahbazi, Jamie Yuccas and Amy Johnson.

In addition to being broadcast live on KCAL, the morning newscasts will be available on the CBS News Los Angeles streaming channel. KCAL News Mornings will air on both CBS2 and KCAL from 6–7 a.m. PT.

The anchor lineup for KCAL News Mornings will be as follows: 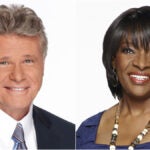 A promo released by the station emphasizes KCAL News will be focused on “more local news.”

In March 1990, KCAL9 became the first television station in the country to launch nightly, three-hour local newscasts during primetime, from 8–11 p.m.

Per a press release from CBS, the addition of KCAL News Mornings will give KCBS, KCAL and the CBS News Los Angeles streaming channel a combined total of 91.5 hours of regularly scheduled live local newscasts per week – more hours than any other station in the L.A. market.

While KCAL jumps into morning news, KCBS will focus on national and global news coverage by adding CBS Mornings from 4–6 a.m. and will continue to air the West Coast editions of the CBS News morning program in its 7-9 a.m. slot. 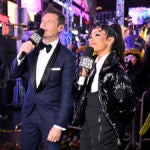