Within 24 hours of Kevin Smith’s new animated Netflix series “Masters of the Universe: Revelation” debuting online, the He-Man show appears to have been “review bombed,” with fan reaction veering wildly from the largely positive critical reaction.

As of writing on Saturday afternoon, “Masters of the Universe: Revelation” has a 94% Fresh score on Rotten Tomatoes from 36 critics and yet a 29% from more than 1,700 fan votes.

So what gives? YouTubers and angry “fans” on Twitter are saying that “Kevin Smith lied” or that the show is a “bait and switch” in an attempt to make the show “woke.” Fans reacted to reviews that suggested the show’s main character isn’t actually He-Man, who was prominently featured in marketing, but is a female character named Teela (Sarah Michelle Gellar), who is also a big focal point of the show’s trailer. 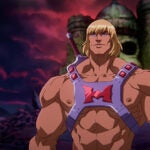 The character Teela does have a more prominent role in the Netflix “Masters of the Universe” series, but Smith said that the backlash is wildly overblown.

“I see people online go, ‘Hey man, they’re getting rid of He-Man!’” Smith told Variety in an interview published Saturday, though conducted ahead of the show’s debut. “Like, you really f—ing think Mattel Television, who hired me and paid me money, wants to do a f—ing ‘Masters of the Universe’ show without He-Man? Grow the f— up, man. Like, that blew my mind, bunch of people being like, ‘Oh, I smell it. This is a bait and switch.’”

Some spoilers for “Masters of the Universe: Revelations” follow:

“Masters of the Universe: Revelations” is an animated reboot of the ’80s cartoon “Masters of the Universe” about Prince Adam and his alter-ego He-Man as he battles the villain Skeletor on the planet Eternia. Netflix on Friday released Part 1 of the first season, which includes five episodes and concludes on a massive cliffhanger. 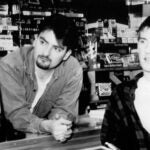 But at the end of the very first episode of the show, He-Man (Chris Wood) is killed, as does Skeletor (voiced by Mark Hamill) and then only appears in flashbacks throughout the remaining four episodes, while the character Teela is the main character throughout the main story. But Prince Adam is not really “dead,” or as dead as can be in a fantasy series — the cliffhanger suggests that He-Man will return and regain his power from Skeletor for Part 2 of the series.

Smith has said that he wanted to do with “Masters of the Universe” what Kevin Feige has done with the Marvel franchise, giving audiences something that feels close to the comic books and scratches that nostalgia itch while improving it and updating it for a modern world. And he further explained that fans who are upset that a woman is the lead of the show aren’t even remembering the original “Masters of the Universe” or its equally popular spinoff “She-Ra: Princess of Power.”

The voice cast of “Masters of the Universe: Revelations” appeared with Smith at San Diego Comic-Con on Friday, which you can watch here. 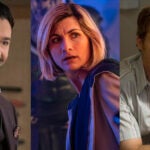