A new David Koepp thriller is a very big deal indeed, especially if it’s directed by the legendary Steven Soderbergh (who recently said of Koepp, “There’s a reason he’s the most successful screenwriter in history”). And that’s what we’ve got in “Kimi,” a paranoid techno-thriller debuting Thursday on HBO Max.

“Kimi” stars Zoë Kravitz as Angela, an agoraphobic young woman in Seattle working for a start-up introducing a new digital assistant named Kimi. Her job is to scrub through janky audio recordings; one day she comes across a recording that rattles her to the core – did a woman seemingly record her violent attack? Did Angela become the ear-witness to a murder?

TheWrap talked with Koepp about what it was like working with Soderbergh, how the pandemic factored into the film’s development, and what Koepp thought of “Spider-Man: No Way Home,” which featured his Spider-Man (Tobey Maguire), back in action.

It should also be noted that Koepp is an equally talented novelist; his first novel (“Cold Storage”) is being turned into a movie later this year (Koepp wrote the script) and his sophomore novel, “Aurora,” is set to debut this summer. (We refer to both during the interview.) 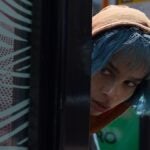 How did it take so long for you and Soderbergh to work together?

David Koepp: I don’t know. I’ve known him for 30 years, because our first films were “Apartment Zero” and “sex, lies, and videotape.” “Apartment Zero” was my first movie with Martin Donovan, and “sex, lies…” was “sex, lies…” and they were on the festival circuit together. And he was winning all the festivals, but we were at them. I don’t think we actually met then; we were trying to figure out when we first met the other day, but we couldn’t come up with it. It was some point in the late ’80s. And then I think we became friends because … well, we were, and so I think at one point I tried to get him to do “Death Becomes Her,” but he didn’t feel he was right. Didn’t see it. And then we had one we were going to do … there’s an old Ray Milland movie called “The Uninvited,” at Universal. It’s a ghost story. And we were both working at Universal, so we tried to figure out something on that and we couldn’t quite break through it.

And then we just stayed friends over the years and enjoyed our lives. And then you look up and 30 years has gone by. I was living in London a few years ago, and he came through town and we had a drink. And I said I’d read these interesting articles and told him what the idea for the movie would be. And the nice thing about Steven is he’s extremely clear. I read that he said once, “The answer is always either ‘no’ or ‘hell yes’.” There’s no middle ground. And on this one he said, “Oh hell yes, that’s a great idea.” And then I got around to writing it a year or two later, and here we are.

So it was not a project born of the pandemic.

No. I wrote it during, but the idea came before. But I wrote it during, and surely it shows, because society changed a bit and the reasons why … the idea was always that the heroine is agoraphobic, and that’s because that’s the worst person that this should happen to. I was trying to think of whose job would this be? Who could live at home and not ever likely to go out, and then what makes them go out? I wrote it in the summer of 2020, clearly, when we were all home under lockdown.

And then it filmed when? How soon after?

Pretty quickly. Again, when he’s in ‘hell yeah’ mode, he’s very hard to stop. Not that I wanted to, but he really responded to the first draft or two of the script. We both agreed that HBO Max was a great place for it, so he showed it to them and they said “yes.” And then he had a window after “No Sudden Move” and before whatever he was doing next, or is doing now, so off we went. And then Zoë got involved with … she was available during a narrow time, right after Batman and before the next thing. It all happened very quickly.

Was the script that tight when you handed it over?

Yeah. I think, especially a thriller, I like it to be maybe 108 pages. It’s partly because some of the movies I love the most are the ’40s thrillers, like “Sorry, Wrong Number.” Stuff that they would’ve had to make quickly back in those days. I just loved that stuff. In fact, makes me want to watch “Sorry, Wrong Number” again for the 15th time.

I wrote “Panic Room” back in … a while ago. I remember in my early drafts of the script, I wrote at the top of the page, “This film is short, this film is fast.” Because I think short movies are a virtue. They’re a great, great virtue, particularly when you’re trying to keep tension up. And how excited do you get when you start something and you see that it’s 92 minutes? It’s just the greatest feeling in the world. Not that I can’t enjoy a Tarantino-esque digression, but it’s a different kind of viewing. And I have to settle in, I for sure want to see it in a movie theater so I’m not tempted to pause it or walk away and get a sandwich or … but for this, I really saw brevity as a virtue and how quickly can I express something and how spare can I be? 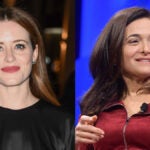 It’s a real character piece for much of the run time. There are the thriller elements, but so much of the movie is just dedicated to her life. Was it hard striking that balance between giving her the proper attention and keeping these several balls up in the air?

Yeah. That’s the structural trick. Typically, I would say the worst thing you should do when you start your story is have somebody wake up in the morning, because it’s just so student film. The alarm goes off, the hand comes in and turns it off. You pan past a picture of them with some loving spouse who apparently is now dead. It’s a little corny. But with her I did it anyway, because it was important for me to really define this person and to do it with almost no dialogue. And her life is interesting. She’s not getting up and taking a shower and going to work. Well, she is, but work is right there at the table and her whole life is in that place, or out the window, or on her screen. That, to me, was an interesting challenge. How can I create a pretty vivid characterization, but not go anywhere and not really have her interact with anybody? Not easy.

Was that hand motion that she does written on the script, or was that something that she came up with?

That was her. For the sanitizer?

That was her. I loved that. We did discuss panic attacks, because she has one in the movie, and passed on our own experiences of them, and I thought she did a fabulous job with it.

I love people who are brisk and efficient. My nightmare as a writer is a number of people sitting around in an office saying, “Right, let’s really dig into this.” And “We’re just going to pull it all apart and look at every aspect of it together,” and “Let’s get everybody’s feelings on this.” That just gives me hives, because there’s an old, funny saying, “No one of us is as dumb as all of us.”

And with Steven, much like with Steven Spielberg, you’re dealing with him and his opinions, and because he has reached a point where he doesn’t have to take an enormous amount of input, so it’s whoever’s opinion he might seek. But then he filters it and tells you and it comes out as what he thinks. I really like that, because it’s a limited number of people in the room and I think you just do better work that way. And there’s an economy of movement. He really doesn’t waste a lot of energy, and therefore doesn’t waste a lot of your energy.

What did you think of “Spider-Man: No Way Home?”

Oh, I thought it was really touching. Yeah, I did see it. And when he showed up he’s so … he’s the most soulful of the three of them. I loved it, because I worked on that 20 years ago. And he showed up, and he’s 20 years older, and he looks like he’s 40 and he’s been through a bunch of shit. And there was just very nice. It’s kind of touching, and you had some depth and resonance, and I liked it. I was really happy with that.

What else do you have coming up besides the book (“Aurora,” out this summer)?

Well, I’m writing “Green Hornet” for Universal, which I’m enjoying. I’ve done several drafts. I am enjoying very much. I think we’re coming up on time to get a director, and then I wanted to spend more time … I have a couple originals that I’m working on because the experience of “Kimi” was so great, and I think that there’s so many places that will make original movies now. And if you’re agnostic about where they go, where they’re seen, which I am, there’s no reason not to do your own stuff and control your own material and try and find somewhere where they see it the way you do.

Is any of this for you to direct?

No, mostly write and produce, and find somebody else to direct. I love making up stories. It’s my favorite thing. Directing doesn’t make me terribly happy. It’s a tough way to live. Some people are really cut out for it. I’m not one of them. So maybe someday, but mostly it’s … oh, and “Cold Storage,” my first book. It starts shooting, I believe, in July.

Whatever happened to “Bride of Frankenstein?”

I don’t know. I had a new idea, I did that. And … I don’t know. They said, “Do you mind if we try someone else?” And I said, “No, please, go ahead.” Because I had several cracks at that, and you only have so many ideas on the subject. I was delighted to wish them good luck, and somebody else was trying it, last I heard.

Do you think you’re going to work with Soderbergh again?

I hope so. I have another idea that he’s, again, been urging me to do. He was right about the last one, so I should do it. So I will.

“Kimi” is on HBO Max tomorrow. We’ll have a more spoilery portion from our chat with Koepp to share after the film releases.