Jimmy Kimmel is finding the continuing chaos in the Republican-controlled House of Representatives on Wednesday both alarming and hilarious.

For one, Kimmel said, this inability to elect a leader is happening to the party that has become defined by election denialism. “Who would have guessed that a bunch of insurrection apologists would have trouble certifying a vote?” he joked.

But also, Kimmel said the GOP’s continuing inability to elect a new speaker of the House is a lot of fun to watch, “like ‘House of Cards,’ but everyone is Kevin Spacey.”

Republicans won one of the slimmest-ever majorities in the House of Representatives in November, with just 222 members. Alas, it takes 218 votes to elect a speaker, and the party’s extremist pro-Trump “Freedom Caucus” wing have refused to support Rep. Kevin McCarthy for the job. And they’ve remained lockstep in opposition.

As of this writing, there have been six attempts to elect a speaker, all failing; three votes on Tuesday, and three on Wednesday. McCarthy has actually lost support as the voting has gone on. The result: Just like Tuesday, the House adjourned Wednesday without electing a speaker and will try again Thursday. Meaning that as of this writing, the lower house of Congress still has not formally convened. 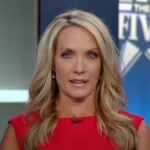 “Republicans once again failed to reach consensus on who will be their speaker today. Kevin McCarthy lost three rounds of voting yesterday, another three rounds today. They just keep voting over and over again. He has now lost six times in two days,” Kimmel said.

“McCarthy needs 218 from his fellow Republicans to be speaker. He started with 203.  He’s down now to 201. The last time a Kevin felt this abandoned in his house was in the movie ‘Home Alone.’ The problem for McCarthy is this so-called Freedom Caucus, this ultra-conservative group, he got caucus blocked by them,” Kimmel continued.

“The election deniers. I don’t know why he doesn’t just declare he won. Isn’t that how it works in that party? Say, ‘Hey, I won,’ and that’s it.”

“What makes it even worse,” Kimmel went on, “is that McCarthy already moved his stuff into the speaker’s office – before the vote even happened. Which is not too bright. That’s like showing up for a Tinder date with a toothbrush.” 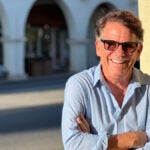 “The last time something like this happened was a hundred years ago, and I’ll tell you something dammit, Joe Biden solved it then and he can solve it again, now,” Kimmel added, ribbing on the fact that Biden is the country’s oldest-ever president.

Kimmel also noted how disgraced ex-president Donald Trump attempted to involve himself in the matter by posting his support of McCarthy on social media. But Kimmel wasn’t impressed with Trump’s comments, joking, “He gave a more forceful endorsement to stuffed-crust pizza than to Kevin McCarthy.”

“I have to admit, it’s fun to watch these animals stab each other in the back. It’s like ‘House of Cards,’ but everyone is Kevin Spacey,” Kimmel said.

“So now, with no designated speaker, nothing happens. Newly-elected congresspeople can’t be sworn in, committees can’t be formed, no one knows who’s supposed to throw mice to Marjorie Taylor Green at feeding time. It’s a mess.”

Watch the full “Jimmy Kimmel Live!” monologue in the video above. 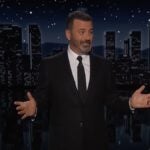