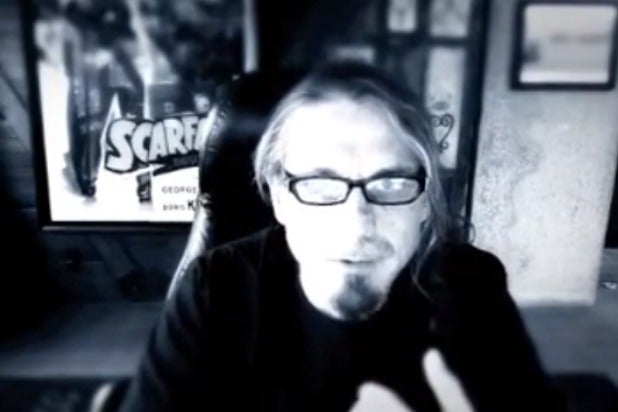 “Sons of Anarchy” creator Kurt Sutter defended the portrayal of a school shooting on his show after the often-outraged Parents Television Council denounced it.

The group said episodes like the “Sons” premiere were one reason to support Sen. John McCain’s bill to let customers buy their cable channels a la carte, skipping the ones they object to. But in an interview with TheWrap, McCain disagreed.

“I would imagine these are not evil people,” Sutter said on his WTFSutter YouTube platform. “But they are… just not very intuitive or intelligent individuals. Meaning that it’s such a small and simple view of process. The fact that people want to be monitoring what my children watch is terrifying. There is no awareness of what it is, the bigger objective of that episode was, the bigger point of the narrative. And to me that’s a really simplistic, dangerous view of anything, never mind the creative process.”

He said their views were “rigid, perhaps influenced by certain religious groups and people with other agendas.”

McCain, meanwhile, said that while there are many reasons to support his bill, avoiding potentially offensive content isn’t one of them.

“I don’t agree with that aspect of it,” McCain said. “I think people make choices. Nobody forces them to watch those shows… As long as it’s not child pornography, those things that are just beyond the pale — I can’t blame a television show for causing violence. I just can’t. Some people make that connection but I haven’t been able to do that yet.”

In a statement Thursday, the PTC said the episode was “an outrage.”

“What FX chose to show – a scene of a young boy murdering innocent children in a school with a semi-automatic gun – is enough of a reason for consumers to have the choice not to underwrite such horrifically violent and disturbing material,” PTC president Tim Winter said in a statement.

Sutter worried in his rebuttal that such criticisms could lead to censorship.

“Whenever that stuff crosses the line into censorship, it’s just scary, on a — not just a creative level but on a personal level,” he said. “There are some people obviously that have a deep amount of sensitivity toward the idea of a school shooting and how painful that is, and what I’m about to say will probably sound somewhat callous and I don’t mean it to. I’m trying to be thoughtful about this.

“I’m a storyteller. That’s what I do. I am not a social guru, I am not a guy with an agenda politically, socially, morally, financially. I’m a f—ing storyteller. … My job is to engage, entertain and perhaps make you think. And that’s what I do on a daily basis. And I’m blessed that it’s something I have a God-given gift to do so, and that I can share with you and perhaps entertain you and bring you along for the ride. That’s what I do. So when anybody tries to take that away from me, or impede that… I get defensive. I take that to heart.”