You've seen them on Larry King, you've heard them on the microphones at the courthouse steps, and you read their names every time some celebrity goes haywire.

They’re the lawyers to the stars – and there are many.

The highest-profile legal eagles, like Mark Geragos and the late Johnnie Cochran, have become TV celebrities unto themselves.

But some of the busiest celeb lawyers in town these days are non-household names. Without them, the wheels of Hollywood justice would grind to a halt. 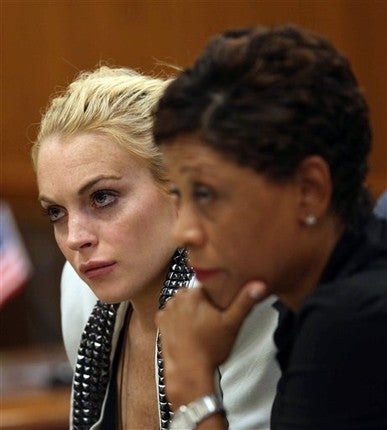 THE BRIEF: “We don’t want to go there.” That’s what Holley clearly whispered to Lohan in court on May 24 in response to the starlet’s challenging of Judge Marsha Revel’s newly imposed conditions. It was good advice, and Lohan took it. With a straight and supportive face in what is an almost laughable saga of DUI charges, tabloid frenzy, blown-off treatment program attendance, missing passports and film festival partying and bench warrants, Holley has kept her cool and certainly has made a bad situation better for her wild-child client. She may not have been able to prevent Lohan from having to wear an alcohol monitoring device on her ankle, but Holley has kept the 23-year-old actress, more known lately for falling down outside clubs that knocking it out of the park on the big screen, out of jail.
OTHER CELEB CLIENTS: Paris Hilton, Mike Tyson, Snoop Dogg, Michael Jackson, O.J. Simpson and “Avatar” and “Lost” star Michelle Rodriguez.
STRATEGY: Some verbal missteps by the lawyer, who used to work with the maestro himself Johnnie Cochran and has appeared on CNN, Fox, Court TV and even MTV in the past, during a rare press conference outside court on May 20 – when Lohan didn’t show up and an enraged Judge issues a warrant for her arrest and bail of $100,000 – shows that Holley’s current trait to not talk much to the press and grind away at the details of a case is probably a good one for both her and her more high profile clients like Lohan and the NFL’s Reggie Bush. Among her peers however, the chatter never seems to stop. One colleague glowingly called the attorney “a real nice person, even for a lawyer" and another said that Holley "is someone I have a great deal of respect for.” 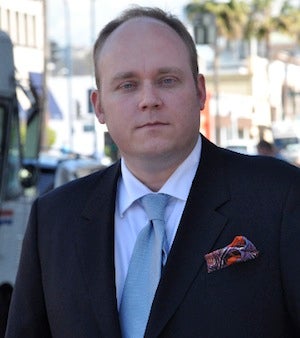 MARK MCBRIDE
SPECIALTY: Criminal Defense
FIRM: Mark McBride Law / Gardner + Associates
STAR CLIENT: Tom Sizemore
THE BRIEF: Along with fellow attorney Jennifer Gardner, McBride, who with his flair for fashion might make him the most well attired male attorney in L.A., struck a deal with the City Attorney that got the self-admitted drug addled and often legally entangled “Saving Private Ryan” and “Celebrity Rehab” star off near certain jail time for domestic violence. Sizemore, a longtime friend of the lawyer’s, is now serving 36 months of probation and must perform 80 hours of community service teaching drama at the Hollenbeck Youth Center.
OTHER CELEB CLIENTS: McBride likes to keep most of his star cases out of the public eye. The Sizemore case was already in progress and on the record when McBride joined it.
STRATEGY: “Two things I bring to the table,” McBride told TheWrap, “are that I treat my high-profile clients like normal people, which they truly respect, and I also don't charge them more just because they're quite wealthy or just because they're well-known.”  The Beverly Hills-based lawyer says that POV, as well as countering the notion a celeb lawyer “is just this easy-breezy, schmoozy type” and that celebs automatically get special treatment from the courts, is a great part of both his accessibility to the media and in the court of public opinion. “What I try to articulate to the media is that my client and I are just normal people who, just like the viewer or reader or listener, puts their pants on one leg at a time like everybody else.” Beyond his folksy style and sartorial bent, one attorney who has faced off with McBride in court told TheWrap that the main reason the lawyer is a go-to guy that want quiet resolutions is that “Mark is relentless in working the particulars to get his clients the best deal possible, and then some.” 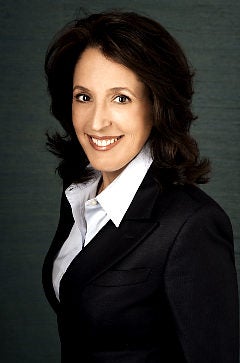 BLAIR BERK
SPECIALTY: Criminal Defense
FIRM: Tarlow & Berk
STAR CLIENT: At the moment? Probably Heather Locklear. After her 4 a.m. April 17 hit-and-run with a street sign near her Thousand Oaks home, it looked like the former “Melrose Place” star, who has a previous arrest for driving under the influence of prescription drugs, could be facing some rather unpleasant legal realities. On May 26, the Ventura County DA’s office made that nastiness disappear, claiming there wasn’t enough evidence to tell who was actually behind the wheel of the crashed BMW. A very nice sleight of hand that reveals the handiwork of Berk, well known for making bad news quickly disappear.
OTHER CELEB CLIENTS: Mel Gibson, Ozzy Osbourne, Halle Berry, Lindsay Lohan and Queen Latifah, to name a few. But it’s impossible to tell with Berk, who prefers to operate under the radar – she’s rumored to have a hand in many major cases, from Britney Spears to Michael Jackson.
STRATEGY: Berk likes her cases, her high-profile clients and herself well out of the media spotlight. To that end, she keeps a tight leash on all concerned. It’s an approach that works out well for Berk – who didn’t respond to requests for comment from TheWrap – and not to mention many of her clients. The results also work out, in the lawyer’s case, with great word-of-mouth advertising and marquee value in the right circles – and that’s success you can deposit at the bank. 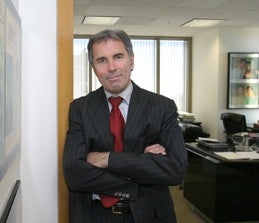 LOUIS “SKIP” MILLER
SPECIALTY: Litigation and Trial
FIRM: Miller Barondess, LLP
STAR CLIENT: Guns N' Roses’ Axl Rose.
THE BRIEF: When former GNR manager and current Live Nation Entertainment chairman Irving Azoff sued Axl Rose and the band for $1.8 million in fees he said he was owed, no one expected the frontman to turn the other cheek. And on May 17, Axl slapped Irving right back with a $5 million countersuit filed by Miller. Still, despite the pointed accusations of “false promises,” and claims that Azoff, who also represents superstars like the Eagles and Van Halen as well as running the recently merged promotion and ticket giant, was consolidating his industry power and forcing a GNR reunion, it would be easy to cite this battle as at best a music biz Gallipoli. However, with Miller's success rate, including a past bout with Azoff on behalf of former Eagles guitarist Don Felder, and tenacity, it might be more truthful to characterize the countersuit as Ali vs. Foreman in their Rumble in Jungle … and we know who won that one. So, Irving, to quote GNR’s signature tune, welcome to the jungle.
OTHER CELEB CLIENTS: Aerosmith’s Steven Tyler, Motley Crue, Rod Stewart, Elton John, Sean Connery and Bob Dylan.
STRATEGY: "Skip is the guy you use," a music industry insider admiringly told TheWrap, "when you want the label or the other side to know you're not f—— around." With over 100 trial cases notched on his guitar neck over 35 years at the bar, the lawyer, who prefers to let the media come to him as opposed to the other way round, says his reputation, in and out of the rock’n’roll world, is based on attitude. “For me,” Miller told TheWrap, “it's all about taking care of the client and that's how I've grown my business over the years.” Part of that care is the bottom line, literally and figuratively. “When I start a case,” notes Miller, “I look at the end game and I try to get there as quickly and cost effectively as I can for my clients … that's what I do and I love it.” 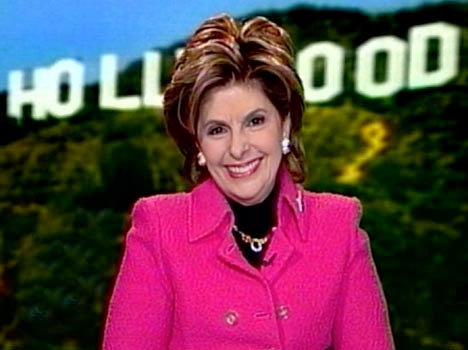 GLORIA ALLRED
SPECIALTY: Litigation and anti-Discrimination
FIRM: Allred, Maroko & Goldberg
STAR CLIENT: Charlotte Lewis, who alleges Roman Polanski sexually assaulted her in 1982.
THE BRIEF: With the arrest of Polanski, who drugged and raped a 13-year-old girl in 1977 before fleeing to Europe a year later, Allred suddenly came forward with her client to deliver what later might be judged to be the straw that broke the Swiss’s back. Jumping right into the DA’s sandbox, Allred called Polanski a “sexual predator and fugitive from justice” and called Lewis’ allegations, which are not being pursued legally at this point, “are relevant on the issue of sentencing.” Allred’s framing of the situation once again put Polanski and his pattern of behavior on the defensive – a context no one on either side of the Atlantic could ignore.
OTHER CELEB CLIENTS: Rachel Uchitel, the lover of Tiger Woods and of “Bones” star David Boreanaz; Joslyn James, another alleged mistress of the golfer’s; Melanie "Scary Spice" Brown; Amber Frey; Britney Spear’s former bodyguard Tony Barretto; and the family of Nicole Brown Smith.
STRATEGY: With her perfect poise and precise manner, the self-proclaimed “most famous woman attorney practicing law in the nation today” has become a pop culture reference point and a lightning rod for critics who say she is just out for cash for her clients. The fact is, though, that’s her job – and criticizing her for doing it well in the media context of modern America is like damning the star player because you don’t like the rules of the game. 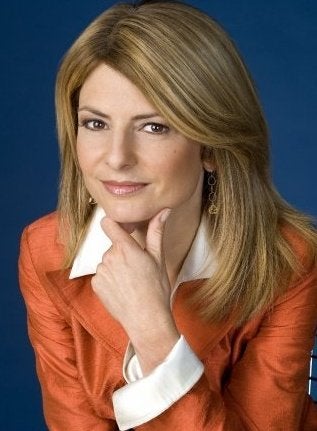 LISA BLOOM
SPECIALTY: Litigation and family law
FIRM: The Bloom Firm
STAR CLIENT: Michael Lohan. Every inch the heir and daughter of Gloria Allred that she is, Bloom has taken a media motor-mouth of a man whose public persona couldn’t limbo lower and transformed him into a circumspect, responsible father whose concerns, which Bloom put in a letter to the court, seem to be informing Judge Marsha Revel’s newly imposed conditions on Lindsay's probation.
OTHER CELEB CLIENTS: Laura Spencer, host of “The Insider”
STRATEGY: A natural-born multitasker, Bloom may represent the 21st century’s convergence of the law and the media. “I have to have two careers going on simultaneously,” Bloom told TheWrap, “my television career and my law firm.” Back at in practice just over a year, after several years on Court TV, Bloom is also panelist on the Insider, a CNN legal contributor and a CBS contributor and has two shows in development. “I take my job in the media very seriously and I take my career as a lawyer very seriously,” says Bloom, “as my clients will tell you, and they are both about getting to the truth.”
x
Looks like you're enjoying reading