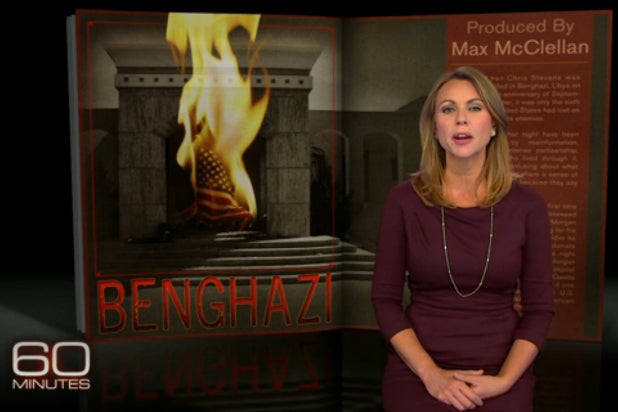 CBS News correspondent Lara Logan has returned to ’60 Minutes’ after a six-month suspension, a representative for the division told TheWrap.

Logan’s leave followed a “60 Minutes” report on the Sept. 11, 2012 terrorist attack on the U.S. embassy in Benghazi, Libya, that turned out to be based on fabricated information. Her producer, Max McClellan is also expected to return to work.

The suspensions came after the FBI provided evidence that the primary source for the Oct. 27 report, Dylan Davies, was not present for the attack and could not have provided an account of how it happened. Further, Davies was promoting a book on the event published by Simon & Schuster, which is owned by CBS.

“We have rebuilt CBS News in a way that has dramatically improved our reporting abilities. Ironically, ’60 Minutes,’ which has been a model for those changes, fell short by broadcasting a now discredited account of an important story, and did not take full advantage of the reporting abilities of CBS News that might have prevented it from happening,” ’60 Minutes’ executive producer Jeff Fager wrote in a memo to staff at the time, adding that there is “a lot to learn from this mistake.”