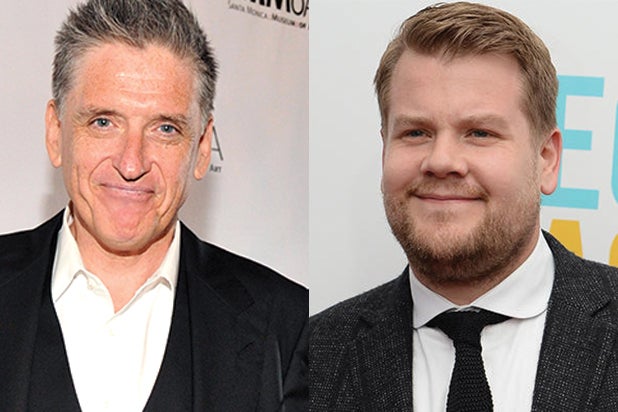 “The Late Late Show” will be getting a lot of special visitors between December and March.

The CBS late-night show will feature rotating guest hosts between Dec. 19, when long-time host Craig Ferguson exits, and March 9, 2015, when his replacement, James Corden, takes the spot, an individual familiar with the situation told TheWrap on Thursday.

Further details, including which guest hosts will fill in, were not immediately available.

Corden, who co-created and starred in the UK television series “Gavin and Stacey” and won a Tony award for the Broadway production “One Man Two Guvnors,” will take over in March, bringing along his longtime friend and executive producer of the UK version of “The X Factor,” Ben Winston, along with him.

Ferguson announced his intention to leave “The Late Late Show” in April.

CBS Entertainment Chairman Nina Tassler hailed Corden and Winston as “creatively dynamic”  and “very energetic” while announcing that the pair is teaming up for “Late Late Show” on Thursday.

“We’re excited to begin CBS’s next chapter after midnight and introduce James’ wide range of performance talents and fearless creative instincts to American television viewers,” Tassler said. “He and Ben have been friends for a long time and partnered together on a variety of successful projects. They are a creatively dynamic and very energetic host/producer combination.”