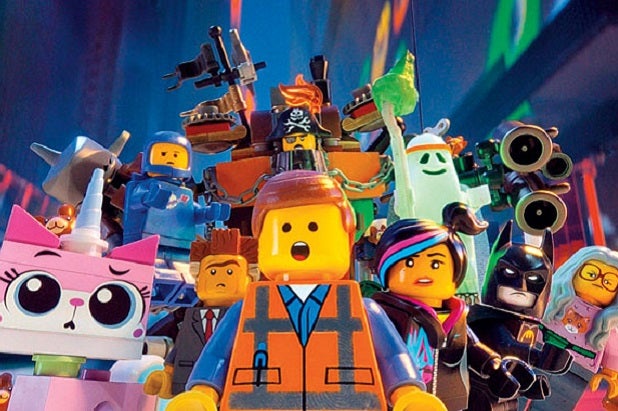 With “The Lego Movie” so dominant at the box office – its $31.4 million third week haul nearly topped the next three films’ take combined – there wasn’t much suspense this weekend.

But there were some noteworthy developments that might have slipped under the radar, and some takeaways from both the foreign and domestic box office. Here are a few:

A big part of the broad appeal of Warner Bros. animated comedy hit “The Lego Movie” has been the non-stop inside jokes, like the Wonder Woman casting references and “21 Jump Street” allusions. That’s enabled the Phil Lord-Chris Miller comedy to play beyond the family market and attract couples and even single adults, a number of whom are seeing in high-end theaters, on its way to $183 million in three weeks domestically.

But how wise do all the cracks seem to foreign audiences, who are — in theory — less up on American pop culture?

For the record, “Everything is Awesome” is “Alles ist genial” in German.

Also read: Volcano Movie ‘Pompeii’ About to Blow at the Box Office

One week after hearty showing on Valentine’s Day, romantic remakes “Endless Love” and “About Last Night” took major plunges. The Kevin Hart comedy dropped off 71 percent to $7.4 million, while “Endless Love” fell 68 percent to $4.3 million. At least they had somewhere to fall from; Akiva Goldsman‘s fantasy romance “Winter’s Tale” dropped 71 percent to $2.1 million.

The director’s five “Resident Evil” movies have taken in $915 million globally, averaging $183 million worldwide since the first one came out in 2002. But as the $10 million weekend belly flop of his 3D volcano epic “Pompeii” shows, it’s a different story when he’s outside that genre realm, especially domestically. “The Three Musketeers” bombed in 2011 with an $8 million debut and topped out at $20 million. His 2008 film, “Death Race”, did almost just as poorly.

Constantine Film can take some heart in the numbers from overseas, which saw the disaster film take in nearly $23 million from 37 countries. The film’s $80 million-plus budget and its soft domestic opening means it has a lot of catching up to do, however.

Oscar movies down to the wire

There’s no direct relationship between the box office and the Oscars. Sometimes big movies (“Titanic”) win, and sometimes smaller movies (“The Hurt Locker”) take the big prize. It can indicate momentum, or the lack of it, however.

While most of this year’s Best Picture Oscar nominees are still in marketplace, they peaked weeks ago and the studios have pulled back on theaters as the March 2 Academy Awards loom. But for those looking for a sign, any sign, here’s how the top Oscar contenders fared this weekend: “American Hustle”, $1.7 million; “The Wolf of Wall Street”, $1.2 million; “Gravity”, $820,000; “12 Years a Slave”, $510,000.

Fast start with spring ahead

Also read: Ranking Oscar Best Picture Nominees as Investments: Which Film Made Back the Most Money?

Most observers think 2014 will come up short at the box office compared to 2013, because this summer’s sequels don’t pack the same punch as last year’s. But with “Divergent”, “Muppets Most Wanted”, “Rio 2”, “Captain America: The Winter Soldier” and “Transcendence” set for spring release, the hot streak should continue for a while.