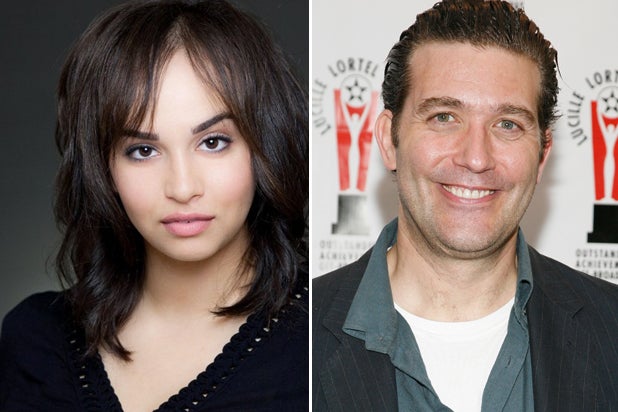 The reality show within a show on Lifetime’s upcoming drama “Un-Real” is staffing up.

TheWrap has learned that Aline Elasmar has joined the scripted series as Inez, a field producer on the show’s reality show.

Represented by Hervey/Grimes Talent Agency, Elasmar has appeared on “Southland,” “The Mindy Project” and “Bones,” among other television credits.

Earlier on Tuesday, reports broke that Craig Bierko had been added to the cast as Chet, the reality series’ creator.

Bierko’s television credits include appearances on NBC’s “The Michael J. Fox Show,” ABC’s “Body of Proof” and a recurring role on “Damages,” among many others. He’s represented by Paradigm.

“Un-Real” follows Rachel (Shiri Appleby), a young staffer of a reality show whose sole job is to manipulate her relationships with and among the contestants to get the vital dramatic and outrageous footage the program’s dispassionate executive producer Quinn (Constance Zimmer) demands.

This is the first scripted series that will be fully financed and controlled by A+E Studios. A+E Networks will handle global sales for “Un-Real.”