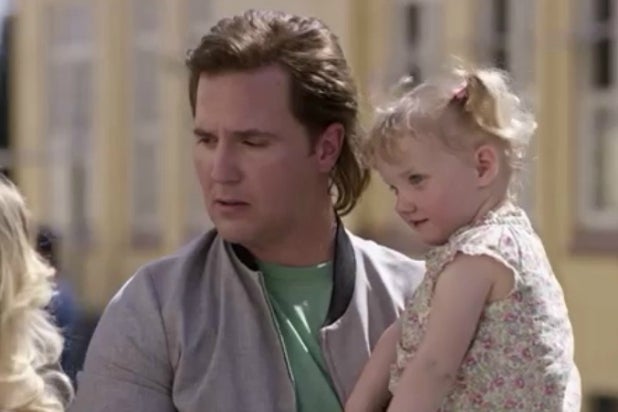 That puts it on par with “The Unauthorized Saved by the Bell Story,” which also drew in 1.6 million viewers when it premiered on the network in 2014.

However, the “Unauthorized” peek into the behind-the-scenes drama between John Stamos, Bob Saget and the rest of the sitcom’s cast fell well below other Lifetime original movies, like the Whitney Houston biopic “Whitney,” which captured 4.5 million viewers when it aired in January.

The telecast was also the most talked about cable program on Twitter the night it aired, according to Nielsen, and was the number one telecast for the night among women 18-49 and 25-54. It was also the youngest skewing Lifetime movie of the year thus far, with a median age of 46.

The TV movie drew plenty of criticism when it was announced by Lifetime in April, but network executives welcomed the attention.

“That’s why people are so interested in watching these movies — poking fun at them,” Lifetime’s senior vice president of original movies Tanya Lopez told TheWrap in an interview.

“That’s part of the entertainment value. We know what they are,” she said. “It’s not like everyone is exposing us to the fact that there is some silliness and some winks in these films. We’re in on it.”

And plenty of people did poke fun at the movie, including some of the original stars of the show. Candace Cameron Bure, a.k.a. D.J. Tanner, recently told TheWrap she would not be watching the TV movie,  but seems to have changed her mind, as she tweeted on Saturday night, “So bad. Just so bad.”

Her co-star Andrea Baber, known to fans of the show as Kimmy Gibbler, echoed Bure’s sentiment when she tweeted, “Anything good on TV tonight?”

“Full House” nostalgia is in full swing lately. Netflix is currently shooting sequel series “Fuller House,” which will reunite most of the main cast of the original ABC sitcom.