Disney and Pixar’s “Lightyear” will not screen in 11 different Middle Eastern countries, including Saudi Arabia, the United Arab Emirates, Egypt and more as it’s the latest film to run afoul of Gulf censors for LGBTQ+ content.

While no specific reason was given, it’s believed to have been banned because “Lightyear” contains a same-sex kiss and relationship involving the female character voiced by Uzo Aduba in the film.

The UAE’s Ministry of Youth and Culture through its Media Regulatory Office announced in a tweet Monday that “Lightyear” would not open as planned on Thursday because the film had a “violation of the country’s media content standards.” The tweet included an image of Buzz Lightyear from the film with a “no” symbol over it in red. And in Malaysia, the country’s largest cinema chain GSC also tweeted an image of Buzz in the film saying “To infinity” but responded with the caption “No beyond.” 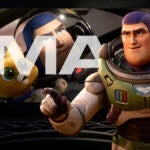 The banning of “Lightyear” comes after movies like “Doctor Strange in the Multiverse of Madness,” “Eternals” and “West Side Story” all ran into similar problems with censors over LGBTQ+ content or characters.

While some Middle Eastern countries have been known to not play films for a variety of reasons, including intimacy, violence or sexuality, homosexuality is officially illegal in Saudi Arabia, and LGBTQ issues in films have often been an issue for censors in the region.

The case of “Lightyear” however is particularly notable as TheWrap reported earlier this year that the kiss in question was actually restored to the completed film after it was originally cut over creative differences. The move was made in the wake of outrage over Disney’s handling of the “Don’t Say Gay” law in Florida. 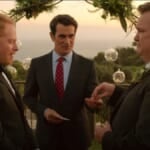 Also Read:
TV’s Top 11 LGBTQ Couples to Watch and Where to Stream Them (Photos)