Lionsgate shares ticked higher in post-market trading on Thursday after the studio reported that its Starz unit realized a 57% increase in streaming subscribers from the year-ago period, a welcome jump as the company nears a sale or spinoff of the premium cable and pay television network.

Global streaming subscribers for Starz increased to 26.3 million during the three months ending in July, which was a 1.8 million higher from the fourth quarter. The results were a strong indicator that Lionsgate has a good chance of fetching a strong profit if it orchestrates a sale of the unit, or perhaps breaks the entire company into two standalone brands.

“We are pleased to report strong global streaming subscriber growth at Starz, another standout performance from our Television Group and key financial metrics in line with expectations,” said Lionsgate Chief Executive Jon Feltheimer. 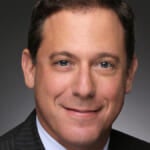 Lionsgate’s reported revenue of $893.9 million, down from the year-ago period’s $901.2 million. On the earnings portion, the company’s loss attributable to shareholders widened to $119 million compared to $45.4 million in the year-ago period.

Lionsgate just this week announced that it would be launching a new podcast division titled Lionsgate Sound, with a show hosted by 50 Cent about drug lord El Chapo among the inaugural programs. The motion picture group also is planning to bring aboard STX chairman Adam Fogelson as the film studio’s vice chair, an announcement that preceded a report that said Lionsgate was in discussions with STX about a strategic partnership involving theatrical distribution.