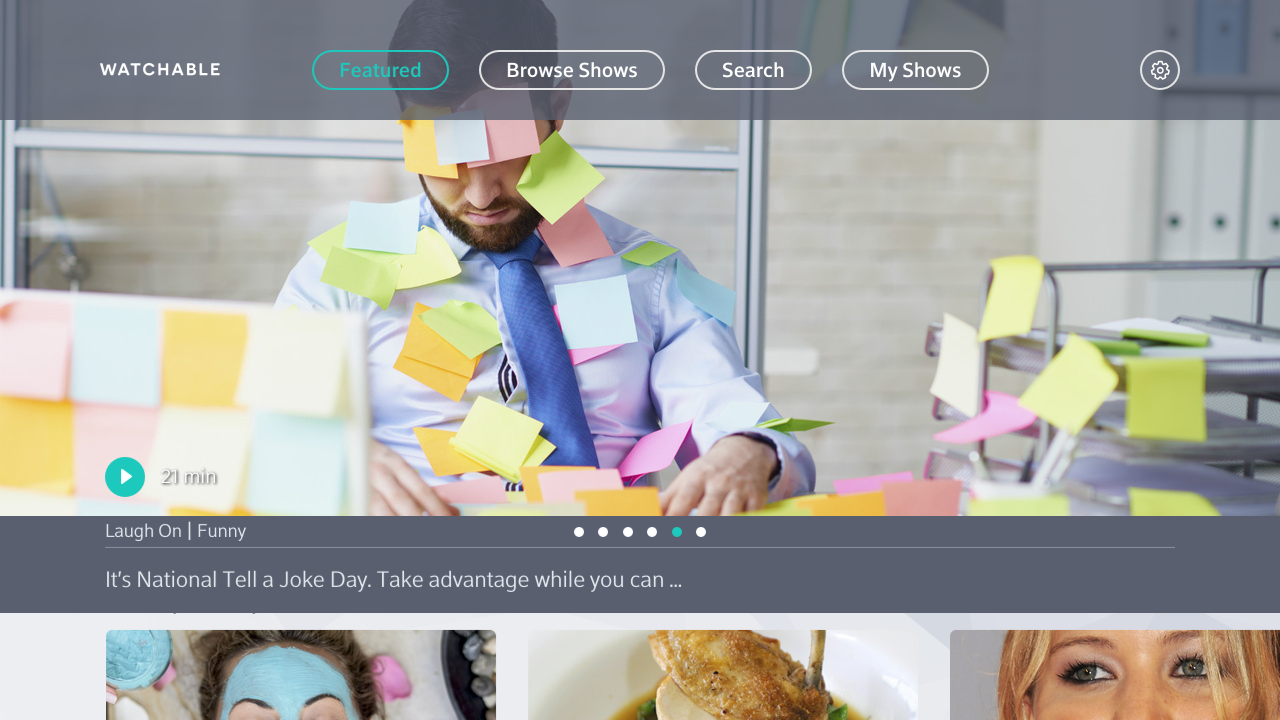 Who says cable conglomerates are out of touch?

Cable giant Comcast is debuting three exclusive digital series on its Watchable streaming video service on Tuesday, from Refinery29, Latin-focused mitú and Cut.com. Later in 2016, Watchable will premiere six more new exclusives, including shows from BuzzFeed Motion Pictures and CollegeHumor, as well as Studio71’s “Logan Paul vs.,” which follows the affable, ambitious Vine star as he does things like wrestling a bear and riding a bull.

It’s all part of Comcast’s efforts to reach an audience that isn’t necessarily receptive to whatever a cable company might be selling: Millennials, particularly those in the 24-34 age group.

That’s why last September, the company quietly introduced Watchable, a free, ad-supported service available to anyone on any device, regardless of whether you’re a Comcast customer — though the service is also accessible through Comcast’s X1 cable system. For a while, it was mostly just another repository for videos from digital-first studios like Defy, BuzzFeed, Vice and Studio71. In other words, content that could also be found in other places.

“We wanted to see what would happen if we took all this native digital content and put it on a TV screen,” Craig Parks, Watchable’s VP of programming, told TheWrap. “We wanted to see how to market to the younger audiences that rally around this content.”

The experiment went well enough that, after seeing users devote 30 minutes at a time to watching videos on the service, the company decided to take a more aggressive approach to the content game.

“Exclusive content was always part of the plan,” Parks said. But before striking these exclusive deals, the Watchable team wanted to sit back and watch what some of the other digital video players, a la Verizon’s go90 and Vessel, were doing. They learned some valuable lessons. “The idea of windowing content for three days doesn’t seem to have panned out for Vessel,” Parks said. “It does feel like [go90] tried a lot of things, they threw a lot at the wall in the hopes it would stick.”

Parks and his team also saw a hunger in the video marketplace for another outlet, one that could provide an even bigger platform to stand on — everyone wants to be on TV, including companies that started as multichannel networks (MCNs) on sites like YouTube.

“That’s not to say TV’s the Holy Grail, but it is becoming part of that ecosystem,” Parks said. “As the MCN models are starting to not necessarily pan out, a lot of these companies are converting to semi-network, semi-studio situations.”

For the on-screen talent, getting in bed with a cable giant is a no-brainer. It’s a natural transition for someone like Paul, getting to play to his short-form strengths while getting onto a slightly bigger screen. This path is increasingly well-trod by digital natives — Netflix recently ordered an unscripted series centering on another Vine star, Cameron Dallas.

And for Comcast, Watchable is a way to experiment with yet another method of trying to reach younger audiences who are far more likely to not subscribe to a traditional cable bundle. The shows chosen for Watchable are targeted to those in the 24-34 age range, the “older” Millennials who are finally moving out on their own and maybe — just maybe — might be convinced to subscribe someday.