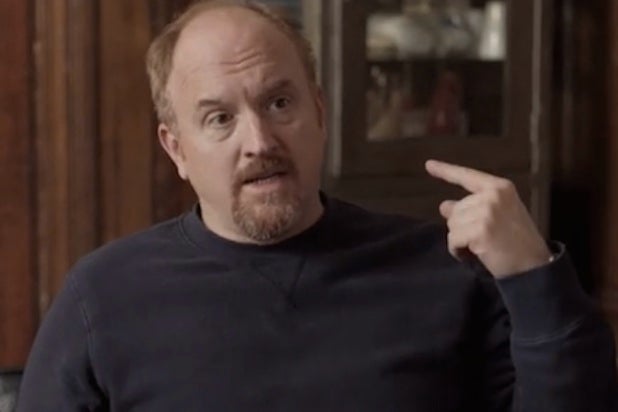 “Louie” is television’s best half-hour drama. It’s also one of the best comedies, when it still wants to be, which isn’t all that often.

The FX series, returning Monday for its fourth season after 19 months, has never cared that much about jokes. Sure, half-hour shows like “Louie” tend to be sitcoms. But jokes are what Louie CK does as a comedian.

As a writer, director and actor on “Louie,” he’s out to show us a grotesque version of life, so we’ll recognize how absurd it can be even without exaggeration.

Sometimes it feels like he’s being indulgent, or testing us to see what we can handle. I’ve seen the first four episodes of the new season, and wasn’t crazy about the first two, both of which air Monday.

But the third one — which airs next week — is devastating. It would be a stunning short film, and I’d recommend it to anyone, even if they’ve never seen “Louie” before.

The episode is about fat. Louie, worried about his weight, drowns his sorrows in something called a “bang-bang,” which is even more disgusting and pornographic than it sounds. Then he goes out with a self-described fat girl, and has to confront his own fears, hypocrisy, and double standards.

The woman’s name is Vanessa, and she’s played by an excellent Sarah Baker (“The Campaign”). In the episode’s brutally real final moments, CK invites viewers to judge Vanessa and Louie as a possible couple, and Louie as a man. He plays on his own and Baker’s vulnerabilities, and on ours. Watching it, we’ll discover something about ourselves, and we may not like it.

In the first episode, called “Back,” I got the feeling that CK was finding his rhythm again after his long break to recharge. Or he was trying to deliberately avoid the smoothness of most season premieres, to warn us of the aggressive turns ahead.

The second episode, guest starring Yvonne Strahovski and Jerry Seinfeld, might be even less conventional than the first. “Louie” is always surreal, and some of its best episodes — like the one where Louie felt strangely drawn to a male lifeguard — perfectly skirt the line between reality and dreams. But CK’s trip to the Hamptons in the episode feels like a bad dream throughout. Have you ever dreamed that you meet a famous person, who turns out to be a jerk? Seinfeld spends the episode playing that celebrity.

I’m not saying the episodes are bad — they may do exactly what CK set out to do. But they were often more challenging than pleasant to watch.

And it’s worth sitting through these experiments to get to episodes like the third — and the fourth.

That episode, called “Elevator Part 1,” directly confronts the idea of reality versus dreams. It opens with an urban nightmare as anxiety-inducing as anything you’ve seen on “The Walking Dead” or “True Detective.” It’s truly, truly scary, and truly, truly unfunny. The danger is real, and could happen to anyone.

Good for CK for not trying to make it more digestible with jokes. He’s past limitations like genre. He may also be past trying to entertain.

“Louie” wants to frustrate and scare and prod us. It wants us to question how we deal with each other, and the lies that we tell ourselves. The flights of absurdity underscore the bluntest realities.

Maybe something nice will happen. But it doesn’t always.